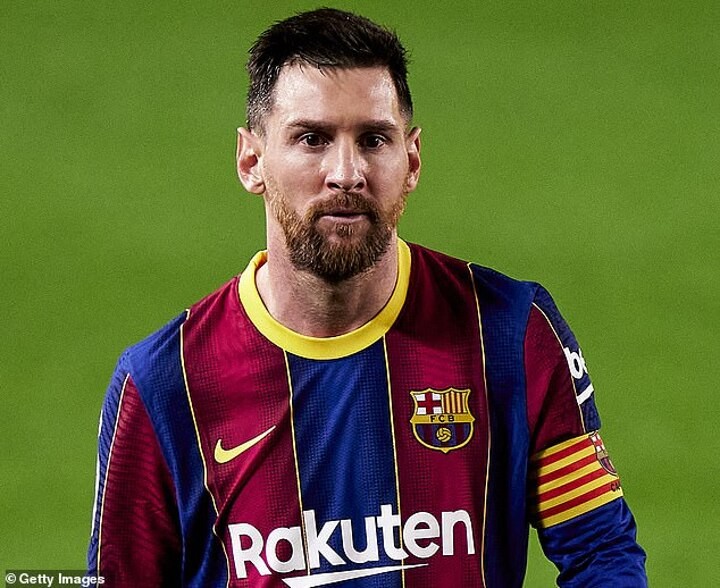 Lionel Messi cast his vote in the Barcelona presidential election on Sunday, fueling optimism the legendary forward is committed to the cause and may stay beyond the end of his contract this summer.

Barcelona captain Messi was joined by his son Thiago as he had his say in the election.

Early exit polls suggest Joan Laporta, the candidate convinced Messi will stay at the end of the season, had swept to victory taking 58 per cent of the vote, defeating Victor Font and Toni Freixa.

The vote concluded Barcelona’s happiest weekend for some time.

On Saturday they won their eighth straight away game, beating Osasuna 2-0 with 18-year-old Ilaix Moriba netting his first for the club off a Messi assist.

‘I’ll never forget this. I will take it with me to the tomb,’ said Moriba.

Barca coach Ronald Koeman said: ‘When Moriba comes on, he gives us something different. Despite his youth, he deserves the minutes he is getting.’

On Saturday, Real and Atletico Madrid played out a 1-1 draw to leave the title race wide open.

Luis Suarez opened the scoring with his 17th goal of the season, but Thibaut Courtois denied him a brace several times in the second half before Karim Benzema equalised with two minutes left to earn a priceless point for Zinedine Zidane’s team.

Atletico are three points ahead of Barcelona and five clear of Real Madrid at the top of the table, with a game in hand.

Barcelona will be delighted at their recovery, having fallen 10 points behind Atletico in December.