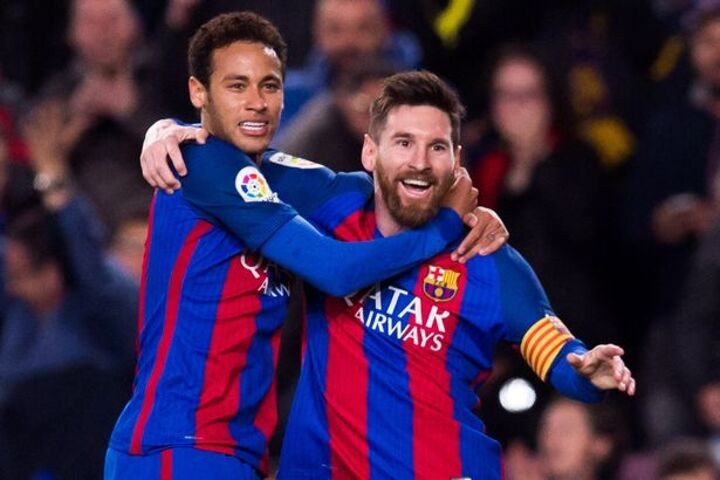 Lionel Messi is pestering Neymar to leave Paris Saint-Germain this summer and move back to Barcelona.

The Brazilian is in the midst of some intense contract talks at the Parc des Princes with his current deal expiring in 2022.

It means PSG are desperate to tie him down to new terms or risk losing him for nothing or sell him this summer.

And the latest indicates that the 29-year-old is ready to agree a contract, effectively ruling out a transfer to another club with Barcelona desperate to bring him back.

Since Neymar left in 2017, Los Cules have always tried to bring him back and were looking close after the forward told pals he wanted to return.

But Barca did not have the money to convince PSG to part ways and Neymar ended up staying, despite falling out with the fans.

However, he has won back their trust and looks set to repay them by pledging his future to the city of Paris.

According to Fabrizio Romano, the Samba star’s entourage said: “Neymar wants to stay at PSG. He sees that the club is growing. He likes the project”.

Neymar had initially been irritated by PSG's insistence that he take a pay cut amid the Covid pandemic and it threatened to see all talks called off.

But the Parisiens have caved into his demands and he looks set to sign a contract worth around the same he penned when he made the move back in 2017.

That would be a huge blow to Messi, who has been trying to convince his old buddy to return to Catalonia.

The two South Americans enjoyed a fine relationship, along with Luis Suarez, forging one of the most frightening attacks in recent history.

After experiencing trouble with the proceeding forwards to arrive, in Philippe Coutinho and Antoine Griezmann, Messi has yearned for Neymar to come back, according to L'Equipe via GFFN.

It is stated that the Barcelona talisman is putting pressure on the Brazil international to return on a daily basis.

The 33-year-old is desperate to win the Champions League one more time before he retires but that is becoming more and more unlikely as Barca's squad becomes weaker.

Meanwhile, Messi is increasingly likely to sign a new contract at the Nou Camp - with his current terms expiring in the summer.

Talk of a move to Manchester City or PSG has dampened after the announcement of Joan Laporta as president, who made it his sole ambition to tie the six-time Ballon d'Or winner down to a new deal.