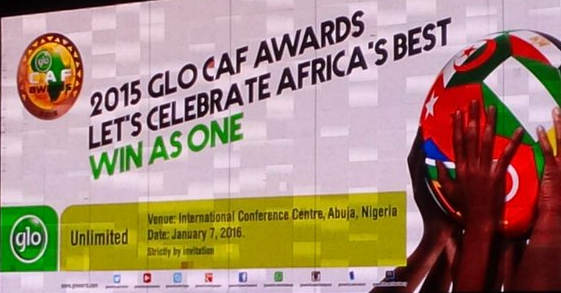 As CAF awards hold tonight, January 7 in Abuja, all eyes are on who emerges the African Footballer of the Year for 2015. Follow the updates here live

But there are other several awards to be won tonight with various awards.

The contenders are 4-time-winner, Yaya Toure, Pierre-Emerick Aubameyang of Gabon and Ghana’s Ayew Pele who will be hoping to walk in his father’s footsteps.

African Player of the Year: All hail the king as Pierre Emerick-Aubameyang of Gabon wins top award

National Team of the Year...... the Ivory Coast, the AFCON champions  . The Black Stars are beaten to the award.

Women National Team of the year .......  goes to Cameroon. The Black Queens are also beaten to the award.

Why can't the awards be presented by African past footballers? Question asked by Alfi on Twitter.

Fair Play award goes to Allez Casa of Senegal. The Senegalese Supporters Group take the plaque for the category.

Club of the Year award goes to TP Mazembe of DR Congo.

African Player of the Year in Africa goes to Mbwana Samatta,TP Mazembe and Tanzania player.

Most Promising Talent  and the winner is Nigeria's Etebo Oghenekaro

Coach of the Year  The award goes to Hervé Renard of the Ivory Coast for leading them to the 2015 Africa Cup of Nations title.

The Youth Player of the Year Award - Victor Oshimeh of Nigeria

Referee of the Year winner is Papa Gassama of Gambia