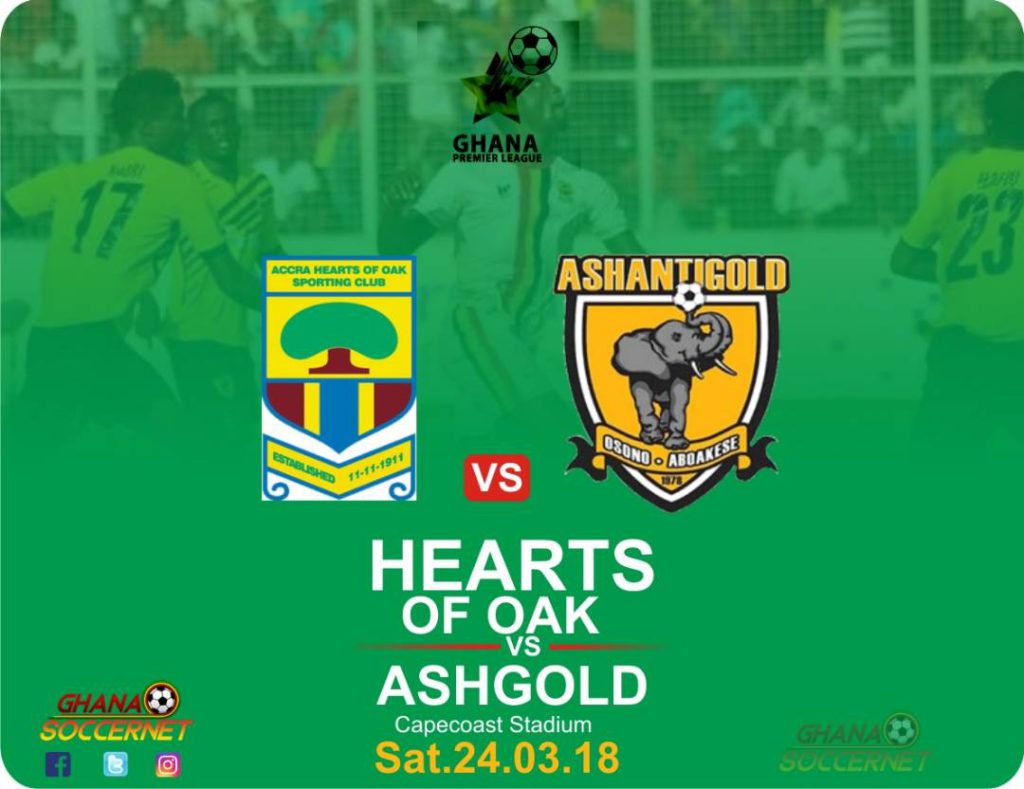 Follow the LIVE play-by-play of the clash between Accra Hearts of Oak and AshGold SC from the Cape Coast Sports Stadium as well as updates from the Malik Jabir Park in Wa where Wa All Stars lock horns with Mysterious Ebusua Dwarfs on Ghanasoccernet.com as the Ghana Premier League hits week two.

Good afternoon and welcome to the LIVE coverage of the Ghana Premier League clash between Accra Hearts of Oak and AshGold SC from the Cape Coast Sports Stadium.

We shall also give you quick updates from the Malik Jabir Park in Wa where Wa All Stars FC play hosts to Mysterious Ebusua Dwarfs.

Let's quickly take a look at the line ups of both sides. First, the general squad for all the teams involved in today's clashes. 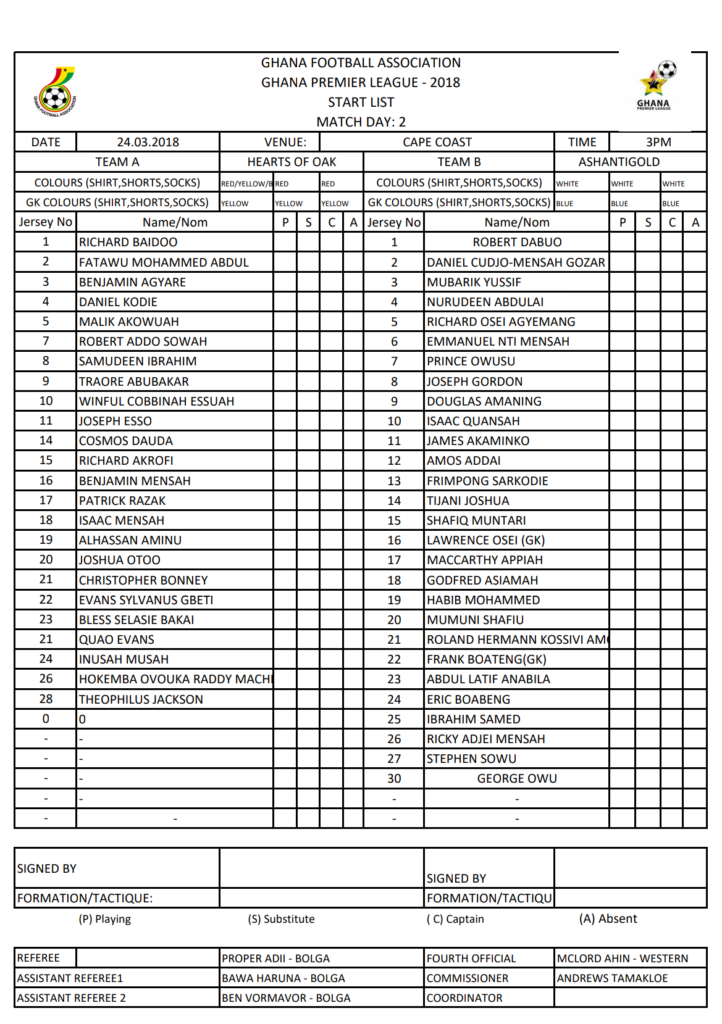 Wa All Stars vs Dwarfs 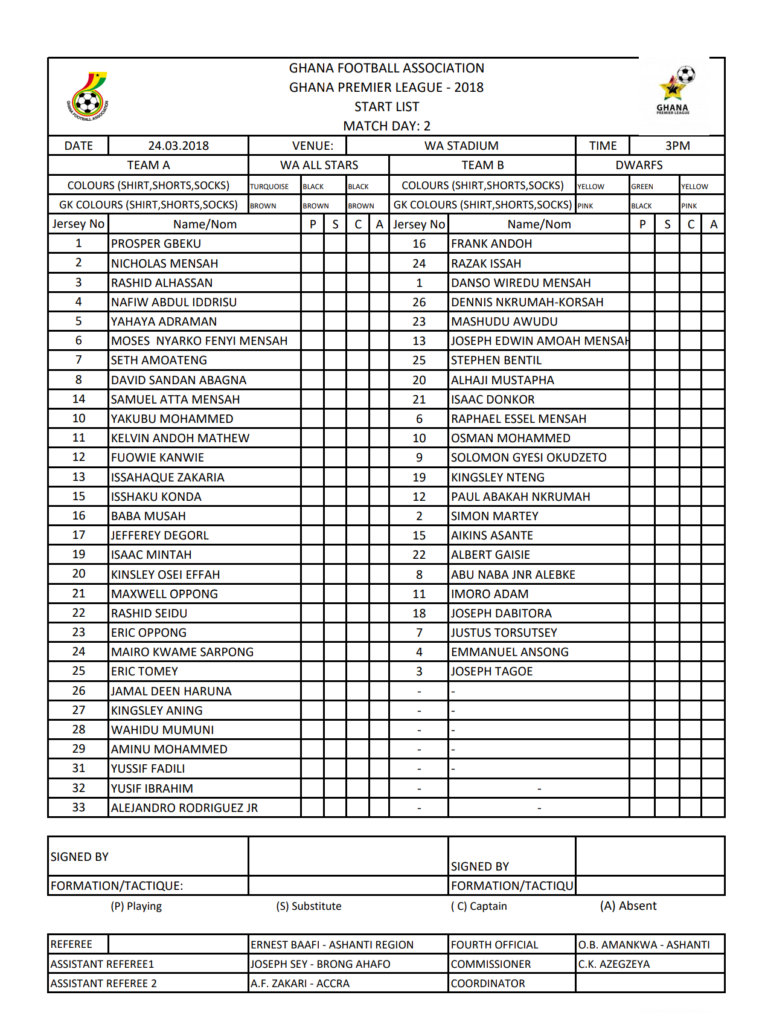 Now let's look at the startingline ups for both sides 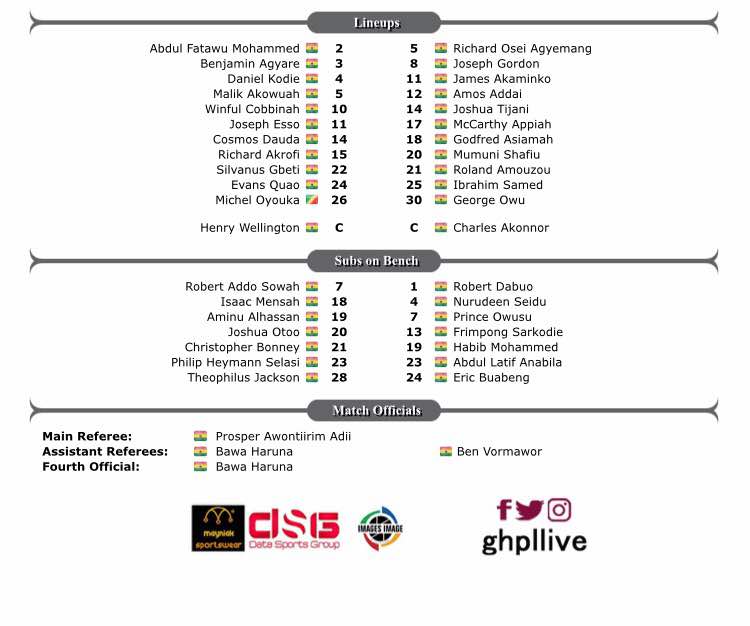 Now let's take a look at some scenes from the Cape Coast Sports Stadium where both Hearts and AshGold are warming up for the game. 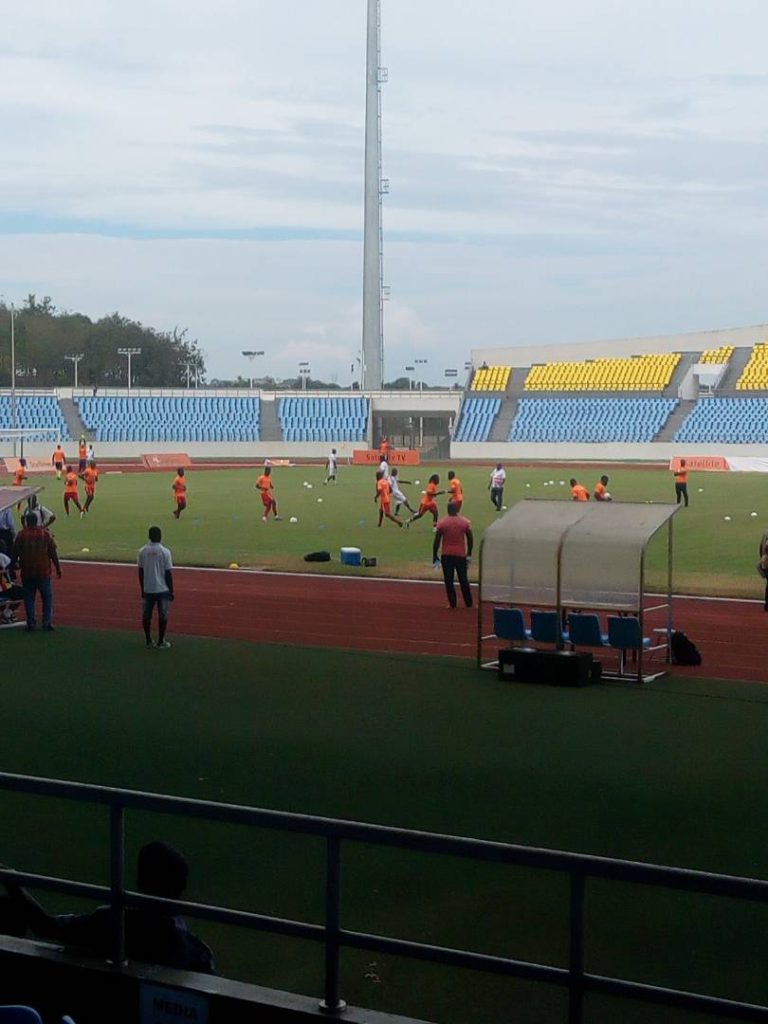 02- Corner kick for Hearts. Taken but headed away. Another corner kick but wasted. Goal kick for AshGold

08'- Goal!!! James Akaminko breaks the deadlock for AshGold from a rebound as Hearts fail to clear a corner. Hearts 0-1 AshGold

15'- AshGold settling well in the game now after a slow start.

17'- Godfred Asiamah goes down from a cynical tackle from Hokemba. Foul for AshGold

18'-Corner kick for AshGold. Taken but Samed misses. Hearts can heeve a sigh of relief .

20'- Hearts introducin some urgency in their game now. But AshGold are not losing concentration.

21'- Great cross from Fatawu from the right, George Owu punches the ball away but Malik blasts over the bar

33'- Joseph Esso with a brilliant strike but misses the post by inches. Hearts fans were surely preparing to junilate

43'- YELLOW CARD: Joseph Esso gets booked for confronting the referee.

Welcome back for the second half.

56'- Free kick for AshGold as Asiamah is brought down. Tijani sends a long one in but it's been headed away

60'- Goal!!! Amos Addai increases the tally for the visitors. AshGold 2-0. What a moment for CK Akonnor??? His jubilation alone is a huge story

65'- Amos Addai with another brilliant cross but no one there to connect.

70'- Godfred Asiamah beats his marker but ball too far for him to pounce on. Hearts relieved.

75'- Goal!!! Joseph Esso reduces the tally for Hearts with a powerful drive. It's Hearts 1-2 AshGold now

87'- Corner for Hearts. AshGold on a knife's edge. Under serious pressure