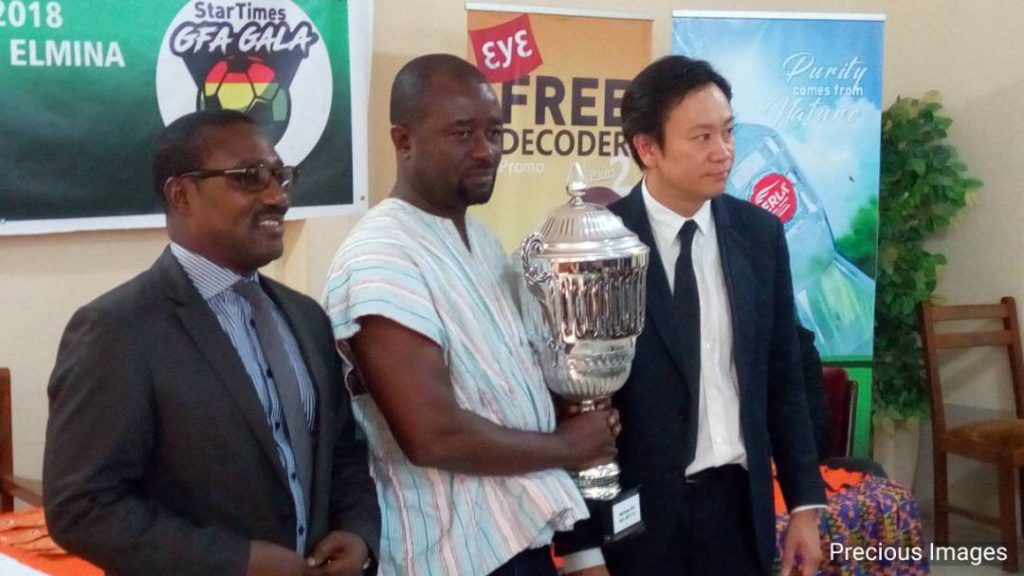 Hello good morning and welcome to the LIVE coverage of the draw for the 2017/18 StarTimes GFA Gala slated for the 3rd and 4th of February at the Nduom Sports Stadium in Elmina.

Stay connected as we bring you all the updates LIVE.

11:20 - Powerful prayer said there by Ghana FA ExCo Member Frank Nelson to open the start of the draw.

*StarTimes are investing in excess of $60m in Ghana football.

* Groupe Nduom to provide accommodation and stadium for the two-day competition.

* 16 clubs competition - 10 from Premier League clubs and 6 from Division One League sides.

* Invitations were sent to all clubs in the Premier League and Division One League clubs and 16 accepted to appear.

* The semifinals and finals of the Gala will be live on StarTimes channel Sports Life.

Vision FC vs Wa All Stars

Hearts of Oak vs Great Olympics