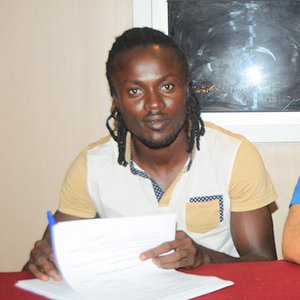 It was Transfer Deadline Day in Ghana and it was the last straw for clubs to augment their squads.

GHANASoccernet.com provided live coverage of all the deals, sightings and signings in the Premier and Division One Leagues as the window closed at 23: 59 GMT on Wednesday.

Follow our live coverage as our team of reporters bring you the latest on every deal. Refresh for the latest news.

23: 00: No more deals coming in from our sources. Guess clubs have been able to register all.

21:00: Multiple sources are reporting that striker Seidu Bansey has re-joined Asante Kotoko on a three-year deal.

20:00: OFFICIAL: Berekum Chelsea secure the services of defender Wahab Sannie on a three-year deal as a free transfer.

We are delighted to announce the signing of Tema Youth central defender Kenneth Owusu on a three year deal. pic.twitter.com/Dyb8yVqO2m

18:30: OFFICIAL: Medeama have announced the signing of right back Amos Korankye from Sekondi Hasaacas on a two-year deal.

18:00: Aduana Stars have completed the signing of striker Nathaniel Asamoah.

16:00: Versatile Francis Osei has joined Inter Allies FC on loan from division one side Danbort FC.

14: 30: Berekum Arsenals have sold Eric Ametepe to rivals Berekum Chelsea and the striker has signed a three-year deal. 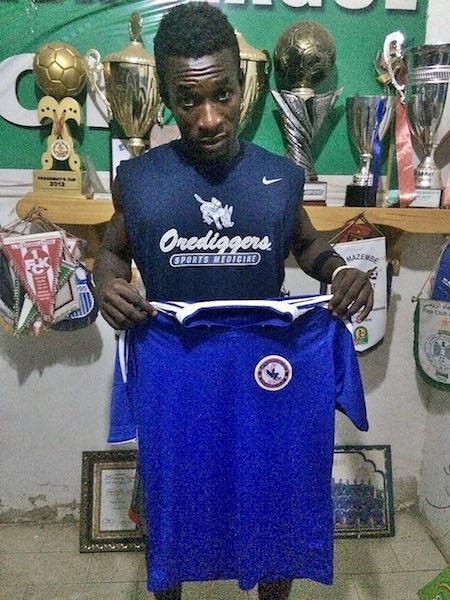 Gyan Appau
13:40 TRANSFER EXCLUSIVE: Goalkeeper Philemon McCarthy is has left WAFA SC and on the verge of finalizing his move to Dreams FC.

13:15: Bechem United have confirmed they have registered Hans Koufie and Alfred Nelson.

12:30: Berekum Chelsea have released Edward Kpodo so the defender can continue with his career in Armenia, GHANASoccernet.com can exclusively reveal.

11:40: Struggling Division One League side King Solomon FC have requested for the loan services of former striker Yussif Agyarku from Techiman City.

11:30: Inter Allies have terminated the contract of goalkeeper Kingsley Kissi who was on season-long loan from Hearts of Oak, GHANASoccernet.com can exclusively reveal.

10:00:  Wa All Stars midfielder Nana Tei Horsu rejoined Berekum Chelsea on loan with an option to buy at the end of the season.

09: 00: Defender Kwabena Adusei is interested in signing for his former club Medeama SC but no word has been heard from the Confederation Cup campaigners.

08:40: Saddick Adams has Tweeted on transfer deadline day pleading his future to Berekum Chelsea....Huge heartbreak for Hearts of Oak.

08:15: GHANASoccernet.com can confirm midfielder Yakubu Musa has rejoined Inter Allies after unsuccessful spells at Nania FC and Hearts of Oak.

08:00: Liberty Professionals have completed a deal for midfielder Frederick Ansah from Charity FC.

07:50: With few paper works to be done, AS Monaco B defensive midfielder Derrick Appiah will rejoin Liberty Professionals. 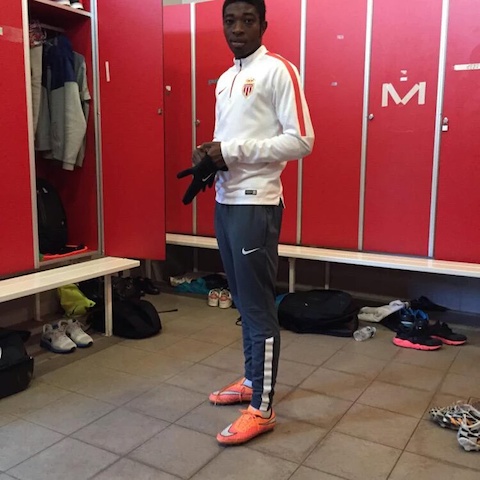 07:32: Wa All Stars outcast Gabriel Ayaala has moved back to former side Berekum Chelsea.

07:15: GHANASoccernet.com can exclusively report that WAFA SC are on the verge of landing outcast Asante Kotoko striker Elvis Amoh on loan for the second half of the season. 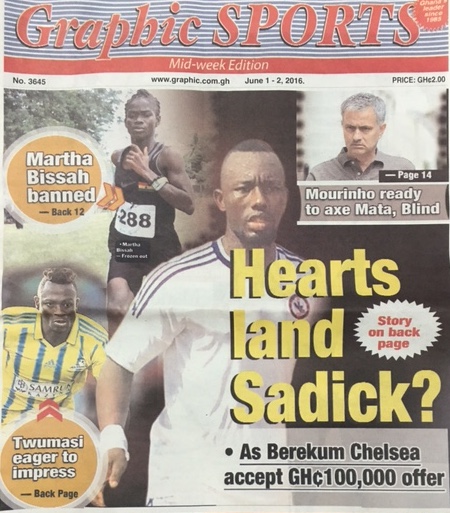 Hearts of Oak report
07:00: The Graphic Sports has reported that Berekum Chelsea have accepted a GHc 100,000 offer from Hearts of Oak for their captain Saddick Adams.

06: 30: GHANASoccerenet broke the news that former Ghana U20 left back Kassenu Ghandi has penned a 3-year deal with Hearts of Oak. Club yet to confirm.

06:15: Asante Kotoko have confirmed the signing of striker Emmanuel Osei from AshantiGold in a three-year deal.

06:00: Former Hearts of Oak defender AbraAziz Abankwa has signed for struggling Premier League side Inter Allies, according to a publication by footballgh.com