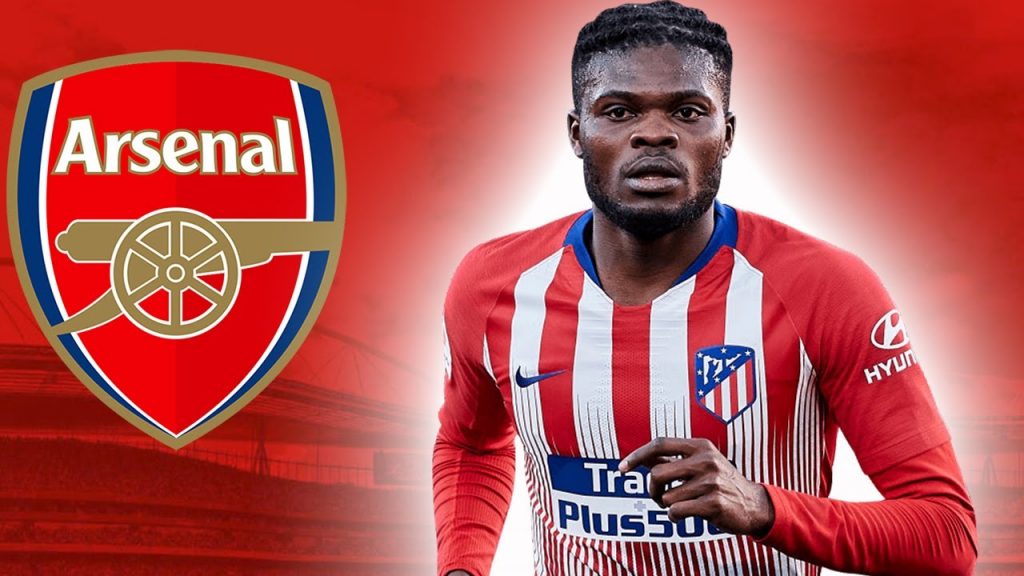 Thomas Partey is edging closer to a move to Arsenal

It is Transfer Deadline Day and so there is a good chance that a lot of transfers in Europe involving Ghanaian players will take place before the window shuts at midnight Ghana time. Follow all the details and get the updates LIVE as they take place.

Some of the Ghanaian players in Europe likely to seal moves are Thomas Partey, Kwadwo Asamoah, Christian Atsu, Baba Rahman and Nana Ampomah.

Ghana captain Andre Ayew had been linked to clubs in England and beyond but he is unlikely to move. Sulley Muntari is still club-less while Belgian star of Ghanaian descent Jeremy Doku has been targeted by Arsenal.

13:00 Key among players seeking moves is Ghana superstar Thomas Partey who is likely to seal a move to English side Arsenal. Partey has been linked to Arsenal all summer but Atletico Madrid look to get the maximum price for the midfielder.

14:20   Leeds United are chasing Chelsea left-back Baba Rahman as his playing chances at the London-based club have diminished.

15:00 Kwadwo Asamoah has cancelled his contract with Italian side Inter Milan. A move to Sampdoria is in the offing.

15:40 Thomas Partey is currently undergoing a medical in Madrid ahead of his move to Arsenal.

16:20 - As exclusively revealed by Ghanasoccernet.com this morning Nana Ampomah has completed his move from German side Fortuna Dusseldorf to Belgian side Antwerp. Read more here

16:30  Thomas Partey is undergoing a medical in Madrid ahead of his move to English side Arsenal.