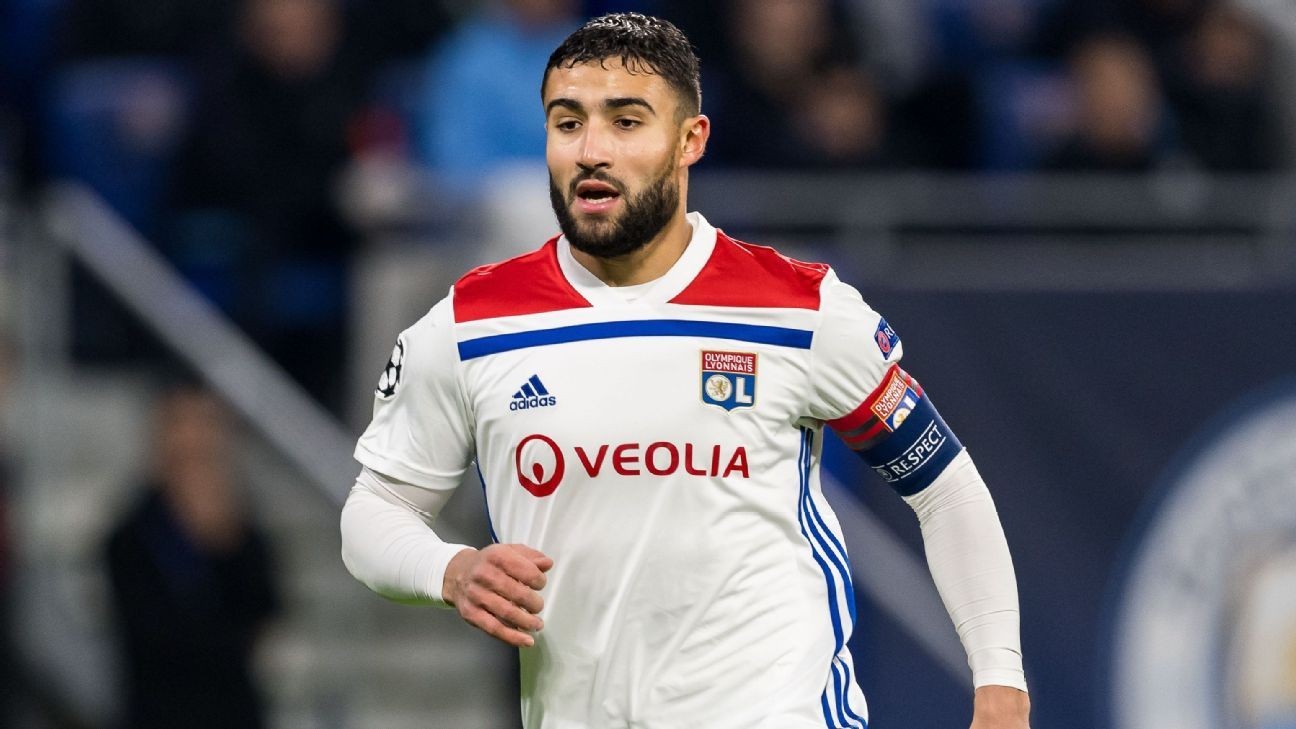 The Premier League transfer window is open. You can click here to review all the latest transfers and keep up to date with all the latest gossip below.

Transfer window grades | When does the window open in Europe? | QUIZ: Which club should you join?

Lyon can expect a bidding war to break out for Nabil Fekir after Jean-Michel Aulas said the World Cup winner could leave.

Last summer, Fekir came close to joining Liverpool before a move collapsed, but he will surely not short of suitors this time around.

Fekir has made 192 appearances for the club, scoring 69 goals in all competitions, having spent his entire career at Lyon.

12.58 BST: Real Madrid may have to come back with a second offer to land out of their main defensive transfer targets.

12.14 BST: Two former Chelsea midfielder are in contention to replace ex-Blues defender Steve Clarke as Kilmarnock manager, according to The Sun.

Roberto Di Matteo and Gustavo Poyet are being targeted by the Scottish Premiership side.

11.42 BST: Fiorentina could become the latest Serie A club to fall into U.S. ownership, according to the New York Times.

New York Cosmos owner Rocco Cormiso -- who was born in Italy and moved to the U.S. when he was 12 -- is on the brink of purchasing the club from the Delle Valle brothers.

Fiorentina could still face relegation with defeat against Genoa on the final day.

11.03 BST: Chelsea midfielder Tiemoue Bakayoko could be staying in Milan next season -- but with rivals Inter rather than the Rossoneri, according to The Sun.

Bakayoko has fallen out of favour under Gennaro Gattuso and is likely to return to Chelsea once his loan spell ends in the summer. However, he is almost certain to leave Stamford Bridge permanently

10.32 BST: Sticking with AS, Liverpool defender Virgil van Dijk is among the players Real Madrid would like to sign should Sergio Ramos leave this summer.

Ramos is considering an exit from the Bernabeu this summer, according to ESPN sources -- and Madrid are readying a big-name replacement.

According to the report, as well as Van Dijk, Kalidou Koulibaly, Matthijs de Ligt and Jose Maria Gimenez are the main contenders.

The Madrid-based daily write that Spurs are looking at Giovani Lo Celso as a potential replacement for the Denmark international, and Betis would be willing to do business at around €60m.

09.51 BST: Chelsea boss Maurizio Sarri is the favourite to replace Massimiliano Allegri at Juventus, according to La Gazzetta dello Sport.

The report adds that, should he make the switch, he would retain the services of Gonzalo Higuain, despite his high wages -- while Paulo Dybala, who fell foul of Allegri, will also be given a reprieve.

09.28 BST: Manchester City are set for talks with Leroy Sane in the coming days over a contract extension amid interest from Bayern Munich, sources have told ESPN FC.

Sane has two years remaining on his contract but Pep Guardiola wants the 23-year-old winger to stay at the club.

Bundesliga champions Bayern are pushing to sign the Germany international with president Uli Hoeness claiming interest in the forward, but sources have confirmed that City have received no formal offer for Sane.

09:00 BST: Everton will demand a fee of £100m for Richarlison, who is a target for both Barcelona and Manchester United, according to The Sun.

The Brazil international has been impressive this season, notching 17 goals in all competitions.

Brooks and Wilson on Spurs' shortlist

- When are the Premier League fixtures published?
- When does the transfer window close?

Both have excelled in the Premier League for the Cherries this season, and Mauricio Pochettino is eyeing an £80m deal for the players.

Wilson made his international debut for England this season, and Brooks is a regular in the Wales side. Bournemouth signed Wilson for as little as £3m from Coventry five years ago, while Brooks was snapped up from Sheffield United last summer.

While he isn't getting any younger and is far from the first-choice striker at Tottenham, Fernando Llorente still has a couple of Premier League sides chasing him this summer, says The Sun.

The 34-year-old has played second fiddle to Harry Kane at Spurs since joining the club from Swansea in 2017. However, West Ham and Leicester City both feel they can offer the Spaniard more game time in England's top flight.

With his contract expiring, Llorente is set to become a free agent, and could leave on a free transfer to Napoli. Even Barcelona have reportedly shown interest as they look for someone to provide competition for Luis Suarez.

More from The Sun, which is reporting that Henrikh Mkhitaryan, in the headlines for all the wrong reasons lately, is headed for the exits at Arsenal.

Much has been made of the fact that Arsenal will not be taking the Armenian with them to the Europa League final in Baku, Azerbaijan, against Chelsea on Wednesday due to security concerns between his native Armenia and Azerbaijan.

While Mkhitaryan recently stated that he wants to stay at the club, the reports suggest that Unai Emery will be looking to offload him alongside Mesut Ozil this summer.

- Manchester United have made an opening bid of £35m for Lyon's Moussa Dembele, according to the Daily Mail. Dembele has netted 23 goals for the French club since signing from Celtic.

- Bayern Munich could be gearing up for a Premier League double raid, as they look to sign Callum Hudson-Odoi from Chelsea and Manchester City's Leroy Sane, the Daily Mail reports. On Sane, Bayern Munich chairman Karl-Heinz Rummenigge said: "There have not been any talks so far. He's an interesting player, we will try."