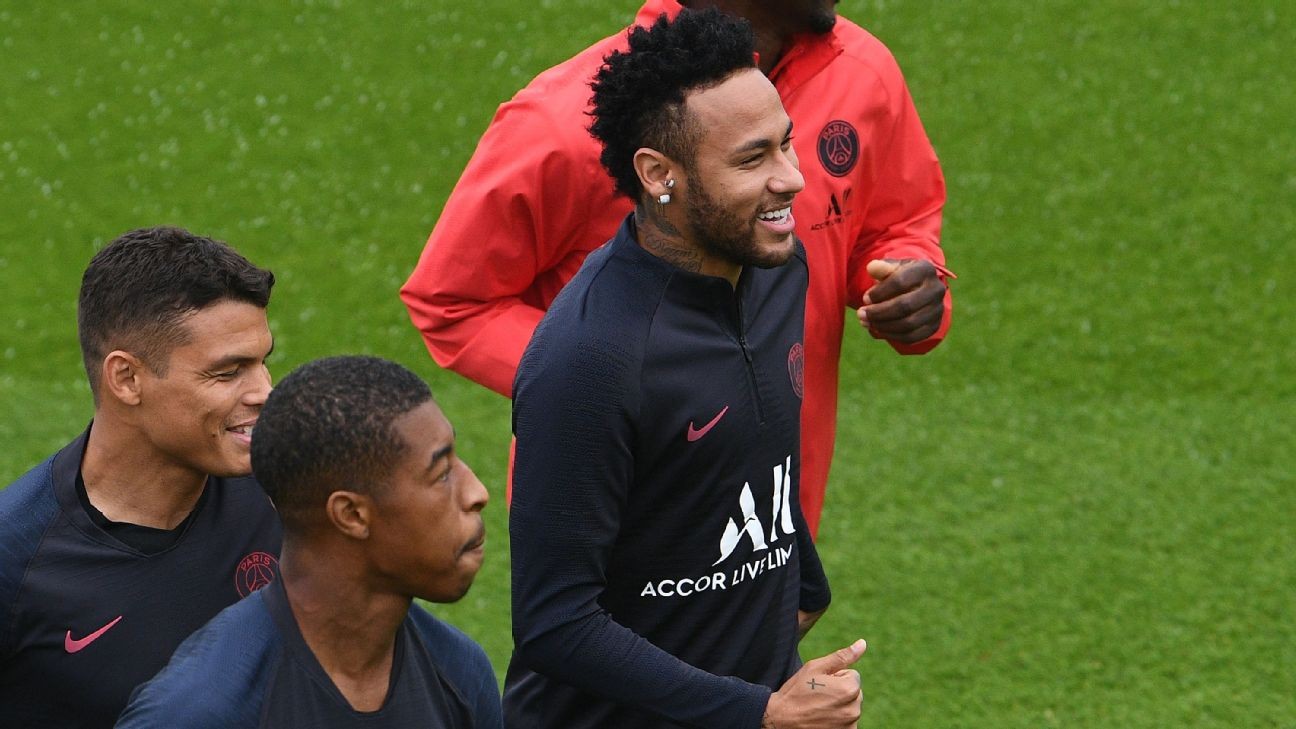 The Premier League transfer window has closed, but the rest of Europe remains open for business. Plus, it's never too late to look forward to January! Click here to view the latest transfers and keep up to date with the latest gossip below.

Paris Saint-Germain have rejected a eye-opening offer from Real Madrid that would see Neymar return to Spain in exchange for James Rodriguez, Gareth Bale, and Keylor Navas. Plus €100m to top the thing off.

L'Equipe report the PSG didn't budge on the sure-fire blockbuster deal, and comes a day after the French champions rebuffed an offer from Barcelona, where Neymar played for several seasons.  Barca's deal, sources told ESPN FC, would have involved an intial loan then a permanent signing of the Brazilian star that could have been worth up to €190m.

L'Equipe add that in addition to Real and Barcelona, Italian champions Juventus are also interested in Neymar and are willing to ship Paulo Dybala to Paris as a makeweight.

The would-be move comes as Navas has reportedly submitted a request for a transfer, according to Marca. Real manager Zinedine Zidane has apparently made it clear that Thibaut Courtois is the No. 1 this season, which has prompted Navas to make his future somewhere else.

08.00 BST: Manchester United have made signing Jadon Sancho their top priority and will submit a £100m bid to Borussia Dortmund in January, The Sun reports.

The report adds that United manager Ole Gunnar Solskjaer will be given the entirety of the £75m earned from the sale of Romelu Lukaku, and he will use it to invest in England winger Sancho.

Sporting CP are looking to cash in on star midfielder Bruno Fernandes, and AS claims the Portuguese club have offered the playmaker to Spanish giants Real Madrid.

Fernandes has been offered to Los Galacticos via renowned agent Jorge Mendes, who Sporting hope can leverage a deal that would see the Portugal international head to the Bernabeu in a deal worth around €70 million.

Reports in the Spanish publication believe that fee is non-negotiable, a claim that is substantiated by reports over the summer that Sporting rejected a bid from Tottenham Hotspur -- rumoured to be in the region of €60m.

Fernandes had been on United's list earlier in the summer but sources told ESPN that Old Trafford moved on from him because of concerns that the midfielder loses possession too much.

Reports at Calciomercato claim Juventus chiefs are toying with the idea of selling midfielder Miralem Pjanic.

The Bosnian has reportedly failed to convince new Juve boss Maurizio Sarri that he's the man to fill the defensive slot in his new-look midfield, with the former Chelsea manager believed to prefer new signing Adrien Rabiot for the holding role.

That news has prompted Juventus to hold talks with Pjanic's agent, Fali Ramadani -- and those discussions have put Paris Saint-Germain on red alert.

The Ligue 1 champions were heavily linked with a move for the 29-year-old last summer, and with the club potentially coming into substantial funds via a sale of Neymar, Thomas Tuchel's side could switch their attention back to Pjanic.

A move wouldn't be cheap, however, with reports claiming it would take around €80 million to prise the former Roma man away from Turin.

Manchester United could be left with a seismic bill if Alexis Sanchez's proposed loan move to Inter Milan is converted to a permanent deal next summer, according to reports in the Daily Mail.

Talks between the two clubs continued on Wednesday, with Inter hoping a move could be completed in time for the start of their Serie A season at home to Lecce next Monday.

And the Nerazzurri are already looking ahead to the summer of 2020, but any permanent contract offer they make to the Chilean is highly unlikely to exceed £150,000 a week, leaving a £350,000 weekly shortfall in the 31-year-old's earnings.

With Sanchez almost certain to turn his nose up at a pay cut, it is looking increasingly likely that the Old Trafford club will have to stump up the final two years of the forward's £500,000-a-week deal, worth a whopping £36 million.

- Marca also claims Valencia are set to revive their interest in Barcelona midfielder Rafinha, who is close to signing a new contract at Camp Nou ahead of a loan move. The 26-year-old's first-team development at Barca has been blighted by injuries, and his club are hoping a fruitful spell on loan will help them fetch a sizeable transfer fee next summer.

- Former Inter Milan and Sampdoria striker Eder could be about to return to Serie A, with Calciomercato claiming the 32-year-old is a transfer target for Sassuolo. The Brazil-born striker has spent the last year at Chinese Super League side Jiangsu Suning.