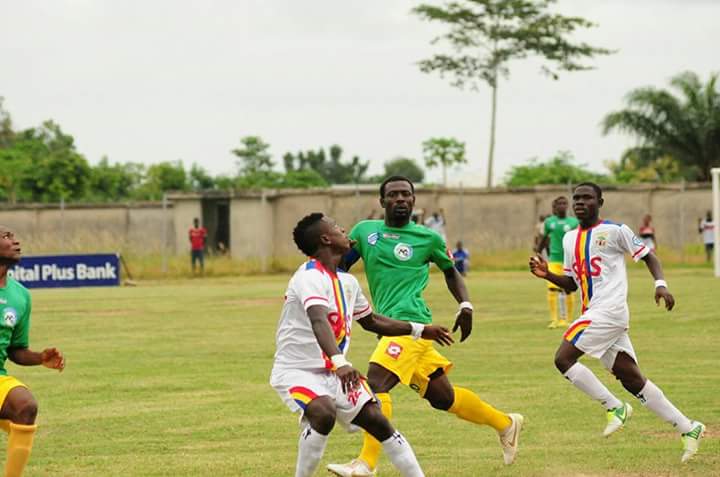 GHANAsoccernet.com brings to you live updates of match day nine of the 2019/20 Ghana Premier League.

Aduana Stars will welcome Ghanaian giants Hearts of Oak are the dreaded Nana Agyemang Badu Park on Sunday on match day 8 of the Ghana Premier League.

The Phobians have not won a game in Dormaa since February 2015, and do not have a good record in the Brong Ahafo Region.

Aduana Stars have an impeccable record at the Nana Agyemang Badu Park this season, having won all their home games this season. However two deafeats on the road has seen them slip to second position after match day 8.

Coach W.O Tandoh is unfazed by the strength of his opponents insisting the 'Ogya Boys' will beat Hearts in Dormaa.

Hearts of Oak coach Edwaard Nii Odoom was disappointed by his team's profligacy in their draw against Ashantigold.

The Rainbow club have scored on three goals in their last three games, which is a cause for concern for fans of the club.

However, the Phobians will have to be weary about Aduana's attack led by Yahaya Mohammed.

In the last five meetings between both sides, Aduana have won twice with three games ending in draw.