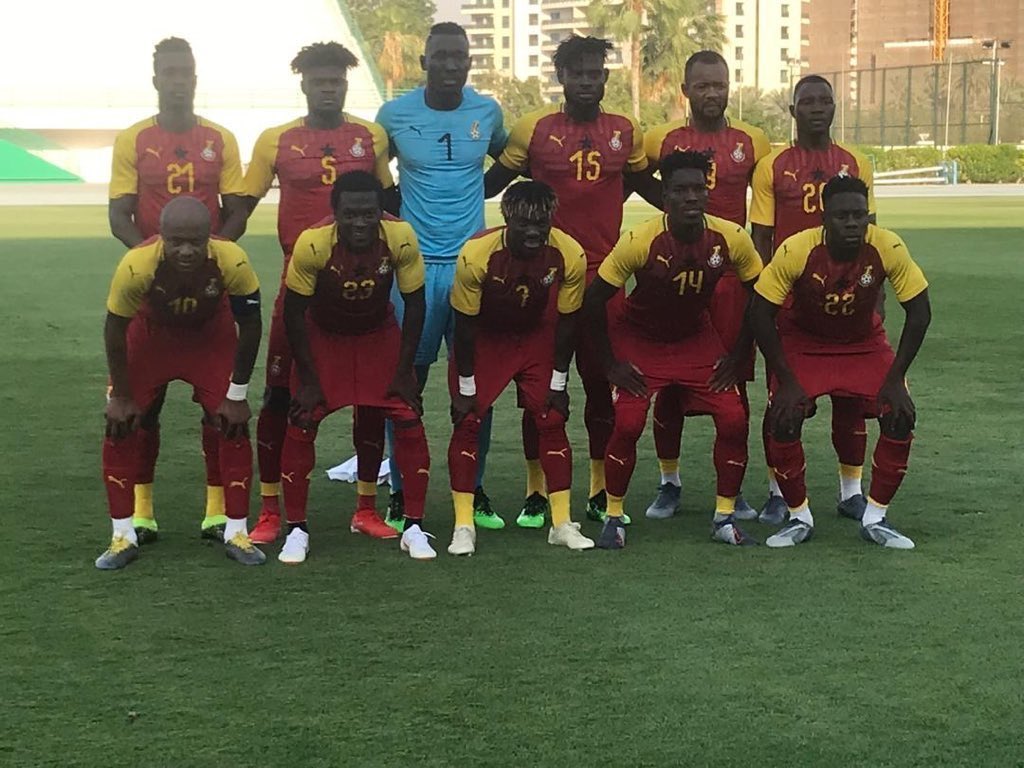 Re-LIVE play-by-play of the 2019 Africa Cup of Nations Group F game between Ghana and Benin at the Ismailia Sports Stadium.

Below is the starting line up for both teams 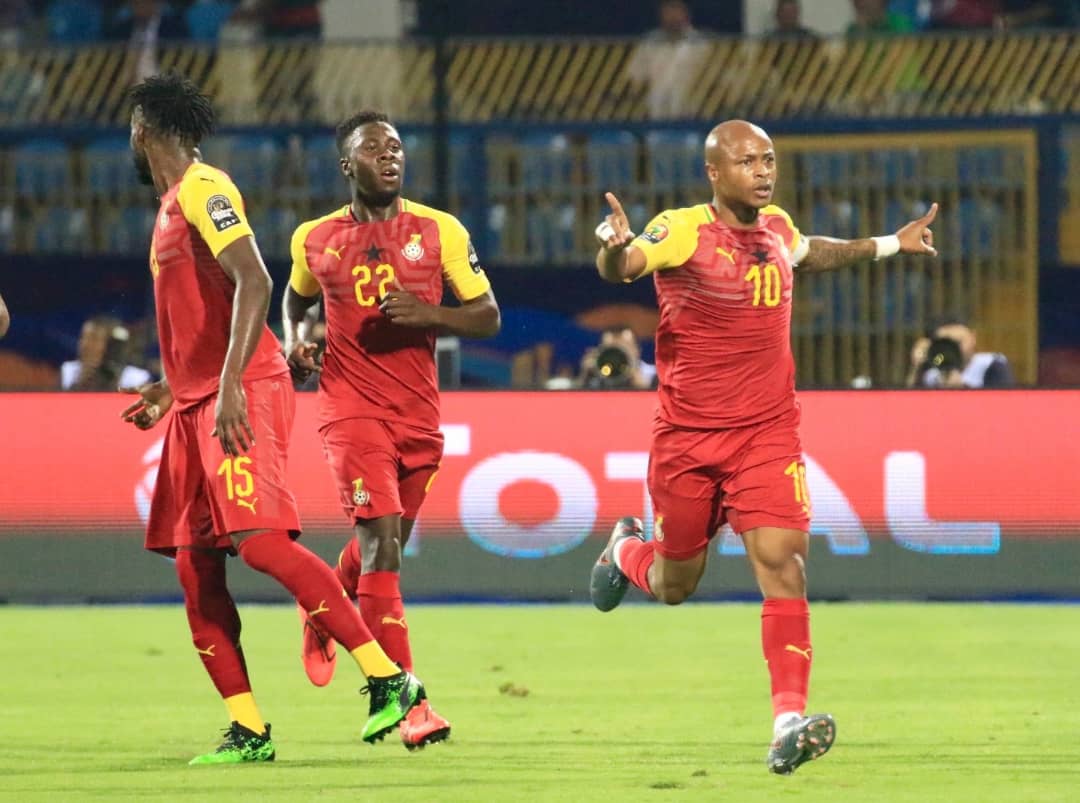 22’- Corner kick to Benin, ball has been effected but finds no one. Referee whistles for a foul in favor of Ghana

23’- long diagonal pass from Wakasu as he searches for Yiadom but he fails to grab it. Goal kick

27’- Ghana in possession of the ball at this moment, they passing the ball beautifully among themselves. Nice pass to Andre Ayew but he fails to control it. Goal kick to Benin

33’- Ghana pushing forward at this moment, Atsu with ball tries to dribble his marker, he finds Partey who tries to outwit the defender but ball has been intercepted.

36’- John Boye booked for a silly foul. First yellow card of the game

41’- Referee whistles for an infringement for Ghana

42’- Goal oooooo Jordan puts Ghana in front. What a strike from the Crystal Palace forward

Benin with a lot of Corner kicks in this half, ball effected but has been headed out by Andre Ayew

Referee brings the first half to an end.

Second half almost underway at the Ismailia Sports Stadium

Referee whistles for the commencement of the second half

46’- D’Almeida booked for a foul on Andre Ayew

48’- Referee whistles for a foul in favor of Benin. Ball cleared from the Ghana goal area

52’- Wakasu sends a diagonal pass to Owusu but it goes wide. Poor pass from the Alaves midfielder

53’- Foul in favor of Ghana as Pote fouls Lumor

John Boye sent off for time wasting. Receives second card of the game.

61’- Benin awarded a free kick at an advantageous position. Can they make it out

Richard Ofori produces a good save

66’- What a miss by Atsu, referee whistles for Offside

67’- Benin on the attack, what a strike by Doussou

68’- Jordan Ayew gets a free kick for Ghana. Just some few meters into the Benin goal area

76’- Nuhu Adams booked for an infringement on Dounnie

87’- Chance for Benin, oh no they fail to make it count

88’- Substitution for Ghana- Andre Ayew out, Afriyie Acquah IN

Referee brings the game to an end at the Ismailia Sports Stadium.