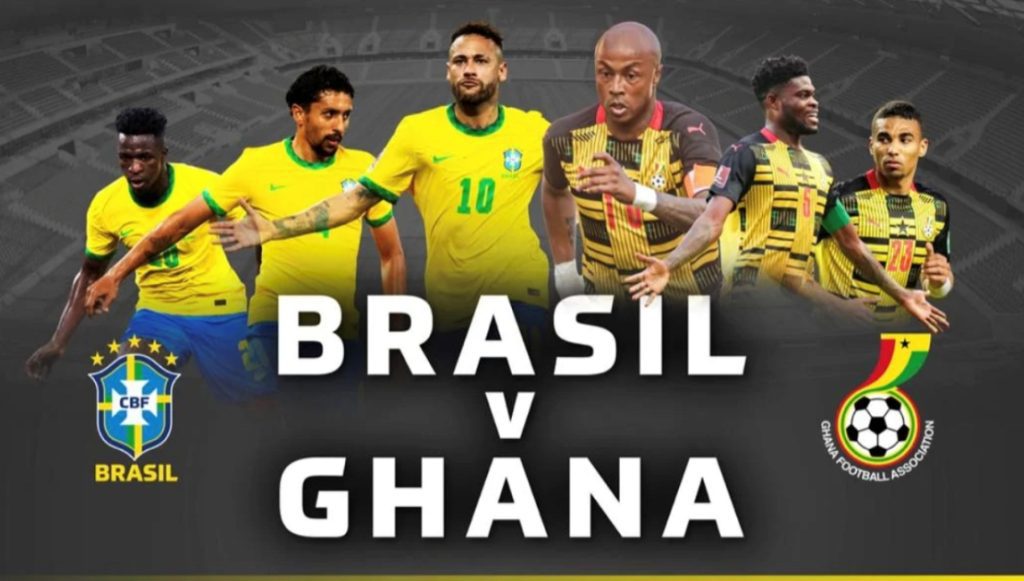 GHANAsoccernet.com brings you live updates in the international friendly between Ghana vs Brazil from the Le Havre, France as part of preparations ahead of the 2022 World Cup.

Ghana will step on the pitch on Friday to battle former World Champions Brazil in an international friendly at Stade de Oceane in Le Harve- France.

Coach Otto Addo and his players are seeking to make a statement on the world stage on Friday after making it to their fourth World Cup in Qatar.

In fact while they found the back of the net an astonishing 40 times, none of the other teams could manage to go past the 30-goal mark. And it also needs to be mentioned that they let in just five goals all through this stretch of performances.

They also were the runners up of the previous edition of the Copa America and there they were defeated by a single goal by arch rivals Argentina.

This time around they have a golden generation of players once more and will be gunning for an unprecedented 6th World Cup. They will be eager to build some early momentum and also to improve their confidence.

Meanwhile Ghana will also be at the World Cup but it needs to be mentioned that they are ranked 60th in the world, as opposed to their counterparts being placed first in the same list.

Coach Otto Addo’s side have brought in Inaki Williams, Tariq Lamptey and Mohammed Salisu of Southampton fame. Coupled with the blend of Thomas Partey, Mohammed Kudus, Andre Ayew and brother Jordan Ayew, the Stars would aim to upset the 5-time World Champions at stade de Oceane in Le-Harve in France.

Brazil have a great head-to-head record against Ghana over the years having beaten the Stars in all three previous meetings – but the game on Friday presents an opportunity for Ghana to make a bold statement against the Brazilians on Friday.

The match is scheduled for 20:3000 kick off at Stade de Oceane in Le Harve – France.

03'  Felix Afena breaks on the counter but his shoot is feeble to cause any problem for Alisson.

7' CHANCE: What a miss from Lucas Paqueta

8'Goal ooooo Maquinois scores with a header from a corner kick

Inaki Williams and Mohammed Salisu introduced into the game..

56' Alisson with a brilliant save to deny Dede Ayew

Tariq Lamptey comes in to make his debut for Ghana