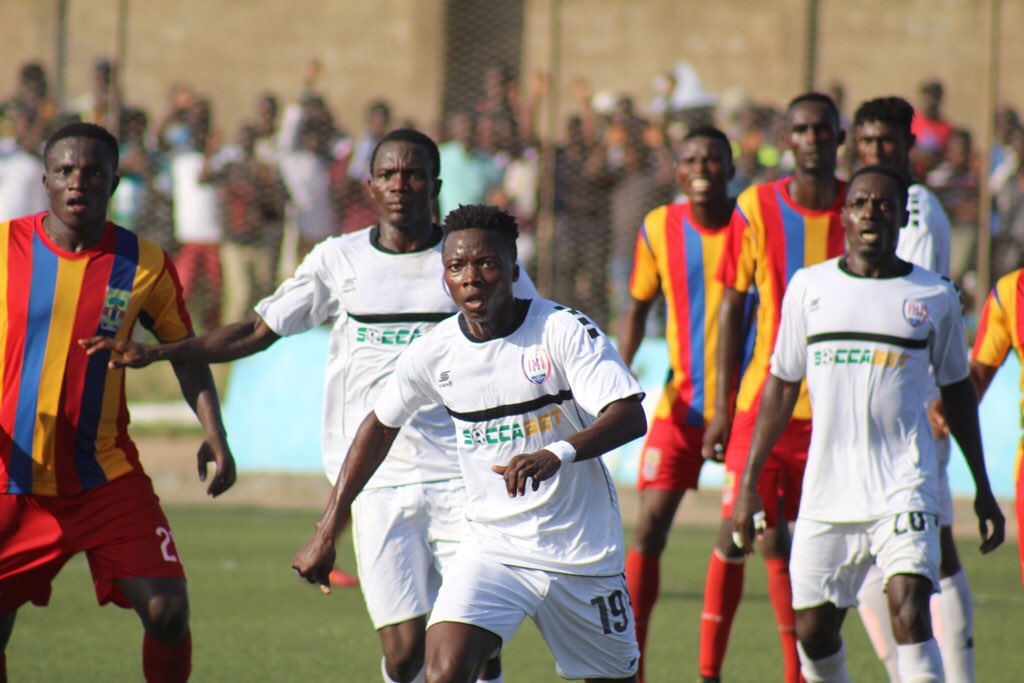 GHANAsoccernet.com brings to you live updates from the remaining matches to be played today on match day 13 of the 2019/20 Ghana Premier League.

Inter Allies hosts Hearts of Oak at the Accra Sports Stadium on Sunday in match day 13 of the Ghana Premier League.

However, the Phobians have been better defensively and have a goalkeeper whose heroic performances has earned him a place in the Black Stars team.

Victorien Adebayor has been the Eleven is to One Boys main man this season, netting ten goals in 11 Premier League games.

The Niger international is one of the most feared attackers in the league, and the Phobians will have to do a lot to stop him.

Hearts have not lost a game in their last five matches but have won only once and drawn four, leaving coach Edward Nii Odoom under pressure.

Their only win was against Bechem United in Accra, where Kofi Kordzi scored a last minute goal to secure all three points.

Other matches coming up

05’ It’s still goalless in the opening minutes of the game. Both team playing cautiously at the moment

Ball effected but a poor one from Adebayor. Goal kick to hearts

15’ Larry Sumaila sends in a cross to the Inter Allies box, ball has been cleared

18’ Inter Allies on the attack, player has been brought down by the Hearts defender. Free kick to Inter Allies.

19’ Joseph Esso has been booked. Receives the first yellow card in the game

25’ Hearts on the attack, referee whistles for a foul against Inter Allies. Goal scoring opportunity for the Phobians

27’ Corner effected, Benjamin Agyare at the receiving end but ball goes wide for a goal kick

29’ Fatawu goes down in the box, referee waves on

44’ Hearts pushing for the equalizer, Esso with a Chance in the box but his effort goes off for a goal kick

45’ We are doing two minutes of additional time

What a miss by Benjamin Efutu as a timely intervention by the Allies goalkeeper see his effort goes over the bar.

We begin the second half

49’  Inter Allies Paul Abanga has been shown a yellow card

65’ Adebayor on the attack beats his marker but comes up with  a poor finish. Goal kick to the Phobians

Hearts with a corner kick as they push for the winning goal.

Ovoka with the cross but ball has been cleared

Referee brings the game to an end here at the Accra Sports Stadium.