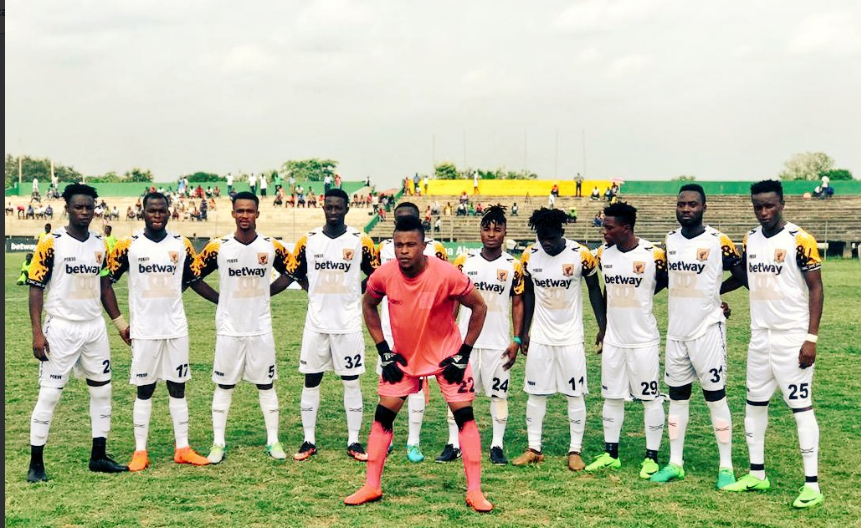 Hearts of Oak and Asante Kotoko will be engaged in some tricky fixtures later today in match day three of the Ghana Football Association Special Competition.

Both teams suffered their first defeat of the competition to Elmina Sharks and Medeama respectively in the match day two fixtures and they will be hoping to bounce back in today's game.  Hearts and Kotoko both lost by a lone goal.

The Phobians will play away to Karela United in Ayinese which has been a difficult ground for them to record a win while Asante Kotoko travel to play Eleven Wonders at the Nkoranza Park.

Kim Grant and his players will be hoping to break that jinx in today's game.

Asante Kotoko have also been rocked by injuries in this competition and head coach Charles Kwabla Akonnor will have to rely on his players available to pick a win in this game. The ex-Black Stars captain has come under a lot of criticisms lately as a result of his team's poor performance in the competition.

Meanwhile, the top liner of the week will see 2017 Ghana Premier League champions Aduana Stars take on AshantiGold at the Nana Agyeman Badu Park in Dormaa.

Line up for both teams.

We start today's live update from the 20th minute

23'- Free kick to Aduana Stars, a drive from  Noah Martey but the ball has been saved.

26'- Nice build up from AshGold, ball has been intercepted by the Aduana Stars defense.  Referee whistle for an infringement against AshGold

27'- Throw in to Aduana, a nice cross from Justice Annan into the box. Corner kick to Aduana

29'- Foul against Aduana Stars. Free kick in favor of AshGold. Ball effected but they fail to make it count. Goal kick to Aduana

31'- A chance for AshGold but they win a corner kick. Poor cross into the box and the ball is cleared

32'- Referee whistles for a foul against Aduana

37'- A cross by Hafiz but it comes across the face of goal. referee whistles for foul in favor of Opoku

41'- Richard Doji receives the first yellow card of the day

42'- A chance for Aduana Stars but ball has been cleared. Temporal hold up as two players from both sides are down on the field

45'- We are into injury time with four minutes of added time.

Goal oooo as Karela United are up by a goal against Hearts of Oak. Goal scored by Diawisie Taylor

It's Karela United 1-0 Hearts of Oak

Corner kick to AshGold, ball effected but referee whistles for a foul against AshGold

Corner kick to  Aduana Stars, they fail to make it count as AshGold clear their lines.

Referee whistles for an infringement in favor of AshGold. Just some few meters to the goal area of Aduana.

What a poor kick from Eric Donkor. Referee brings the first half to an end.

We will be back after the recess

51'- Free kick to AshGold, long ball into the net but finds no one. A goal kick to Aduana

58'- Referee whistles for offside against AshGold

61'- A chance for Aduana Stars but the AshGold goalkeeper comes out to save the situation.

The AshGold goal keeper Frank Boateng will not be able to continue with the game and he has been replaced by Robert Dabuo.

Inter Allies pull one back against Liberty

73'- What a drive from Elvis Opoku but the ball goes wide.

74'- Chance for Aduana Stars but referee whistles for offside

80'- A chance for Aduana Stars but ball has been cleared, corner kick

83'- Foul against AshGold, Free kick to Aduana Stars. A chance for Aduana Stars if they can make it count

85'- The ball hits the wall. Another chance as a cross is sent into the box but referee whistles for a foul against Aduana

88'- A player of Aduana Stars handles a ball with his hands in the build up to the attack. Referee whistles for a foul

90'- It's still goalless at the Nana Agyeman Badu Park

Referee brings the game to an end as both teams fail to score in this match day three fixture.