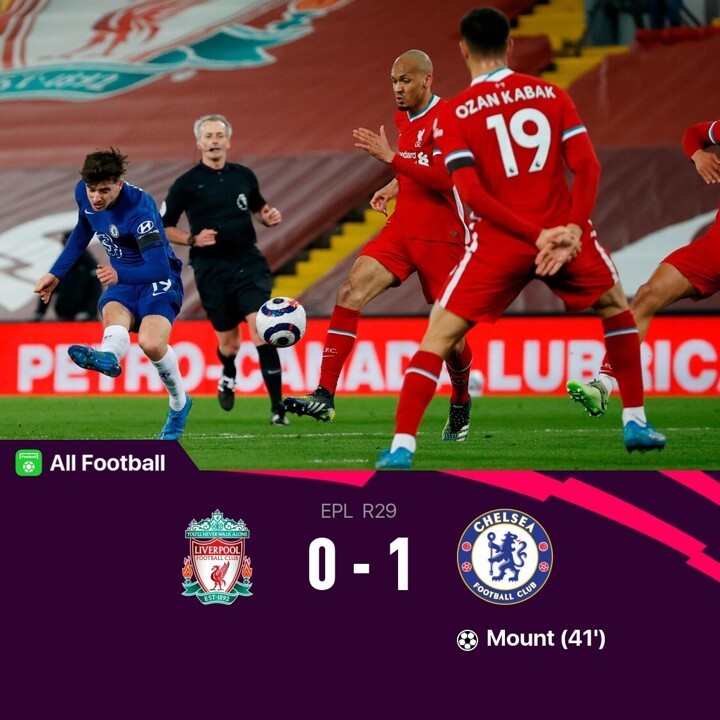 Liverpool suffered a fifth successive competitive home defeat for the first time in their history as Chelsea made it 10 games unbeaten under new manager Thomas Tuchel with victory at Anfield.

Mason Mount's superb individual strike three minutes before half-time gave the visitors a deserved win and moved them into the top four, while Liverpool are now in seventh place and in a serious dogfight for the Champions League places.

Mount scored brilliantly when he cut inside to fire a low shot past Liverpool keeper Alisson, reward for a first half dominated by the Blues, who also had a Timo Werner effort ruled out for offside.

Liverpool, for whom a visibly angry Mohamed Salah was substituted just after the hour, barely threatened but were furious when penalty claims were rejected by the video assistant referee after Roberto Firmino's cross clearly struck N'Golo Kante's hand.

Alisson had to save well from the lively Werner but one goal was enough to give Chelsea and Tuchel another fine victory as they move four points ahead of the Reds.

40' Dalglish watches the game in stands