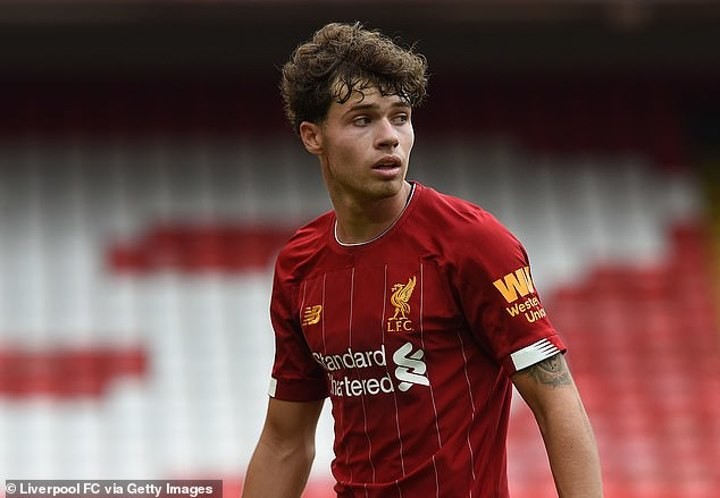 Neco Williams will put pressure on Trent Alexander-Arnold for a spot in Jurgen Klopp's Liverpool side, believes the club's academy director Alex Inglethorpe.

The 19-year-old is one of the brightest young talents at the league leaders, and has made five first-team appearances in his debut campaign.

Now the Welsh youth player is ready to become the understudy to the England international.

'Neco has been a slow burner. Being a right-back is still a relatively new experience for him, as up until the under-15s/under-16s he played as a winger,' Inglethorpe told The Athletic.

'He's a quick learner and such a great lad. He takes everything in his stride. He's a good boy. He's never caused anyone at the academy a moment's bother. He's someone you want to be successful.

'In Neco's mind, he won't see himself as just there to make up the numbers. He's quiet and unassuming but he's also a very determined young man.

Williams made his professional debut in the Carabao Cup clash with Arsenal last October, setting up Divock Origi for a last-minute equaliser in a 5-5 draw at Anfield.

He was also part of the Liverpool team that travelled to Qatar for the Club World Cup in December.

Having played his part in a behind closed doors friendly against Blackburn this week, he is expected to feature in Liverpool's final nine games of the season.