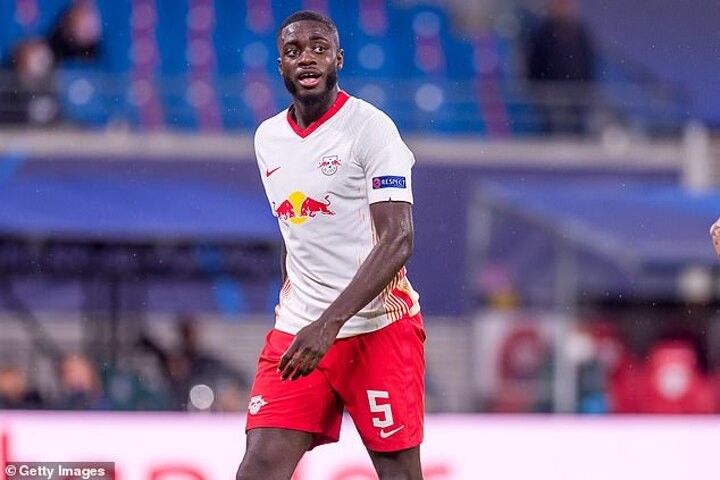 Liverpool and Manchester United are reportedly set to 'go head-to-head' for the signing of RB Leipzig defender Dayot Upamecano, with a host of European clubs also watching the in-demand Frenchman.

It is no secret that Jurgen Klopp's Liverpool are in desperate need for defensive reinforcements, with big injuries to first-choice pairing Virgil van Dijk and Joe Gomez leaving the back line severely depleted.

Klopp is an admirer of Upamecano and sees the 22-year-old as 'a natural future partner for Van Dijk' at the heart of his defence but must match the swift moves made by United, according to the Mirror.

Upamecano has a £38million release clause inserted into his contract with Leizpig, which officially comes into play at the end of the current campaign.

It is reported however that United will look to trigger the clause early and have a deal in place ready for when the summer window opens, much to the dismay of their bitter rivals on Merseyside.

At present Liverpool have only Joel Matip as a fit, first team central defender. The Cameroon star has a chequered injury history and has already missed a series of matches this season due to time spent in the treatment room.

Both Liverpool and United have had their finances badly hampered as a result of the coronavirus pandemic, though Klopp recently alluded to the tightening of purse strings by his board following the Reds' recent defeat to Burnley.

Klopp hinted at his frustration that they have not been able to bring in reinforcements with his squad set to be significantly impacted by the defensive injuries for the remainder of the campaign.

Klopp insisted the decision to bring in new recruits before the end of the month was out of his hands.