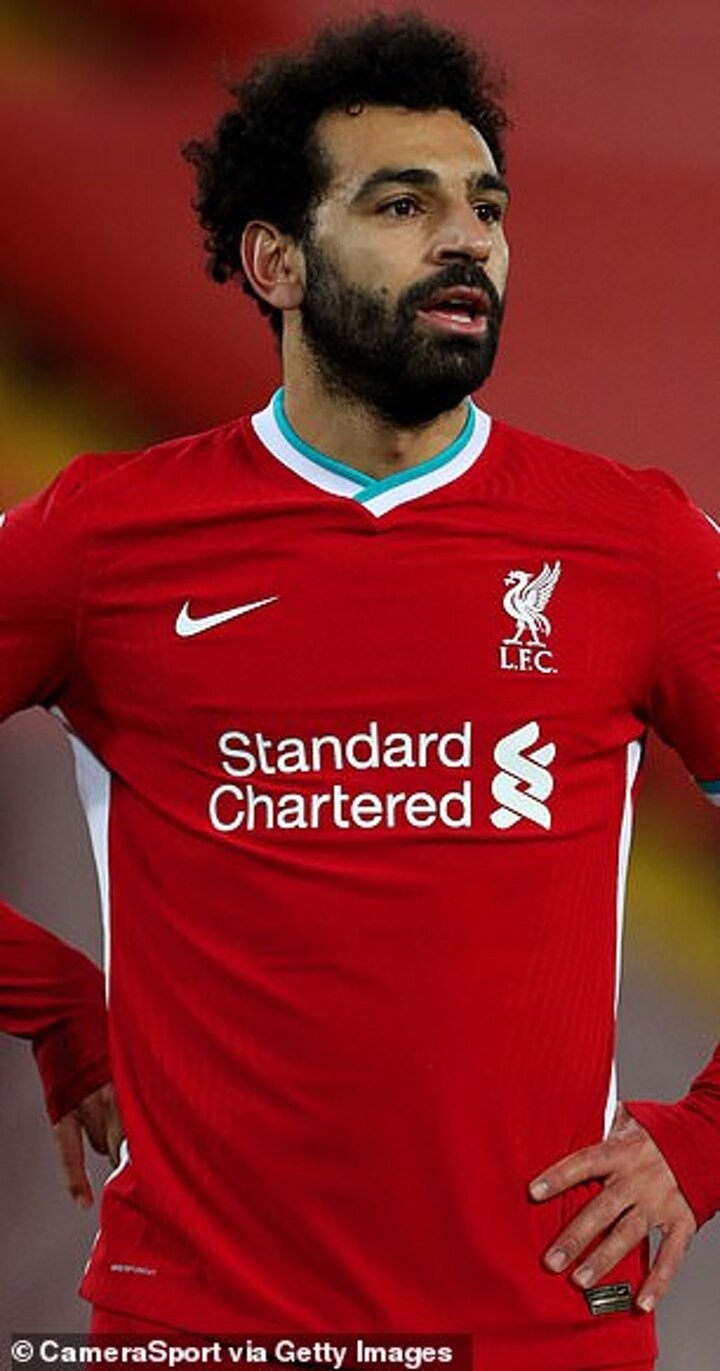 Liverpool and Manchester United's top-of-the-table showdown on Sunday night may have ended goalless, but it produced plenty of talking points.

After a third game without a goal, Jurgen Klopp's champions suddenly look toothless in attack while Paul Pogba was guilty of missing the best chance of the game.

Elsewhere, Gareth Bale failed to get off the bench as he watched his Tottenham team-mates cruise past bottom of the table Sheffield United. Sportsmail take a look at these, and what else was learned from an action-packed weekend...

Liverpool's title defence has been wrecked by injury issues, ever since Virgil van Dijk limped off in the Merseyside derby in October.

Trying to paper over the gaping hole at centre-back has caused issues higher up the pitch and that has only been exacerbated in the past month by the absence of summer signing Diogo Jota.

Jota was on fire after joining from Wolves in September with nine goals in 17 games. It allowed Jurgen Klopp to be flexible with his forward line and keep opponents guessing.

But with the Portuguese star still nursing a knee injury, Liverpool's once-potent front three have looked increasingly wayward and overworked. The lack of imagination and ruthlessness in Liverpool's attack is causing their title challenge to slip away - Jota's return next month can't come soon enough.

After firing Manchester United to the top of the table at Burnley, Paul Pogba had his big chance to settle the match at Anfield and emphatically crown off his most defining week at Old Trafford.

After four years of waiting for him to deliver on the razmataz and fanfare that greeted his world-record arrival from Juventus, perhaps it's no surprise that Pogba hadn't read the script.

On the right hand side of the Liverpool area, Pogba was in space and had the goal at his mercy. He went for power, but Alisson was equal to it and punched his shot behind for a corner.

It was the closest United would come to opening up Liverpool, and as Pogba beat the turf in frustation you could tell he knew what it meant.

Despite Liverpool's attacking woes, it was still the first time they had been stopped from scoring at Anfield in the Premier League since October 2018.

It showed that their surprise surge to the summit of the table won't fizzle out too soon, and reinforced their exceptional away form.

Avoid defeat at Fulham on Wednesday night and they will match their longest undefeated run on the road in the competition of 17 games, dating back to September 1999.

While United hold top spot, it looks for all the world that Manchester City are primed to run away with it.

Pep Guardiola's men have sprung up after a slow and stodgy start and look like they are revving back into some form of their 2017-19 peak.

And Kevin De Bruyne was instrumental yet again, notching his 100th assist for the club since joining in 2015.

And what an assist it was, an outside of the boot cross that John Stones met with a thumping header. With the Belgian in this kind of form it will take some going to keep up with them.

Tottenham fans were jubilant as Gareth Bale returned 'home' in September. Show him a bit of love that was so hard to come by in Madrid and he'll be back to his best in no time, seemed to be the mantra.

But that old image of Bale sat looking glum in the stands in Spain has now become all too familiar over here. The Welshman is a shadow of the player he was when he powered Real to their 13th Champions League in 2018, let alone the one who became the world's most expensive player when he first left Spurs in 2013.

Only four league appearances, failing to get on away at rock bottom Sheffield United, and reports that Jose Mourinho is running out of patience - it simply doesn't look good for Bale. Sentiment and familiarity can only get you so far, it seems.

Mount is first name on the Chelsea teamsheet

Frank Lampard still seems no closer to working out what his best XI at Chelsea is.

But in recent weeks it seems that he has at least made one decision. That the first name on his team sheet is Mason Mount.

Lampard has been steadfast in his fierce defence of Mount in recent months and he continues to be repaid in spades. The latest was a crucial winner at Fulham to get the Blues back to winning ways in the Premier League.

As the new signings continue to bed in, rest assured that Mount will remain a fixture.

It's four games without a goal for Jamie Vardy now. It's quite a drought by his high standards, but it hasn't halted Leicester's progress up the table.

James Maddison and Harvey Barnes found the back of the net to see Leicester past Southampton.

The 34-year-old was removed late on after appearing to have picked up an injury, and has looked like he is feeling the effects of this truncated season.

Spreading the goals out has been a key target for Brendan Rodgers, and the signs are that others are now stepping up to the plate.

It is looking far from easy for Wolves at the moment, and losing the first Black Country derby since 2012 will hardly raise a smile.

Nuno Espirito Santo's side are stuck in a rut - 14th in the table and without a win in their last six games. A season of mid-table mediocrity is staring them in the face.

But it could well get worse before it gets better. Without their focal point, Raul Jimenez, they look blunt and lost in an attacking sense. Pedro Neto impresses and Daniel Podence looks lively, but Fabio Silva is too raw and finding Jimenez's boots rather too big to fill.

Wirthout the Mexican talisman they are just far too easy to defend against, and it threatens Nuno's entire project at Wolves.

Top half for West Ham if Antonio stays fit

Michail Antonio was back in the starting line up, back in the goals - and back with the ridiculous celebrations on Saturday.

Things are looking good for West Ham - a sentence that is all too rare to write.

They are in the top half of the table and have lost only one of their last seven league games. This was their third successive win in all competitions, fourth consecutive clean sheet, and Sam Allardyce's West Brom are the visitors to the London Stadium on Tuesday.

After Sebastien Haller's departure, the onus is on Antonio to fill the gap. Only his dodgy hamstrings will stop him, and it is on the 30-year-old's dubious injury record that West Ham's hopes rest.

After the worst week of his Leeds tenure so far, Marcelo Bielsa will be mightily glad to have some time on the training ground.

'It worries me,' he said after the latest loss to Brighton. 'To have lost three games without scoring is not something that can happen without worry. The fluidity to attack is not the same as we've been used to.'

Leeds look tired, mentally and physically. And the postponement of their midweek clash with Southampton could not have been better timed.

Bielsa sides famously blow up in the second half of a season, and in his first two campaigns at Elland Road, Leeds have looked less assured after the halfway stage.

The Argentine has a crucial 10-day break to re-energise his players and finetune their preparations.