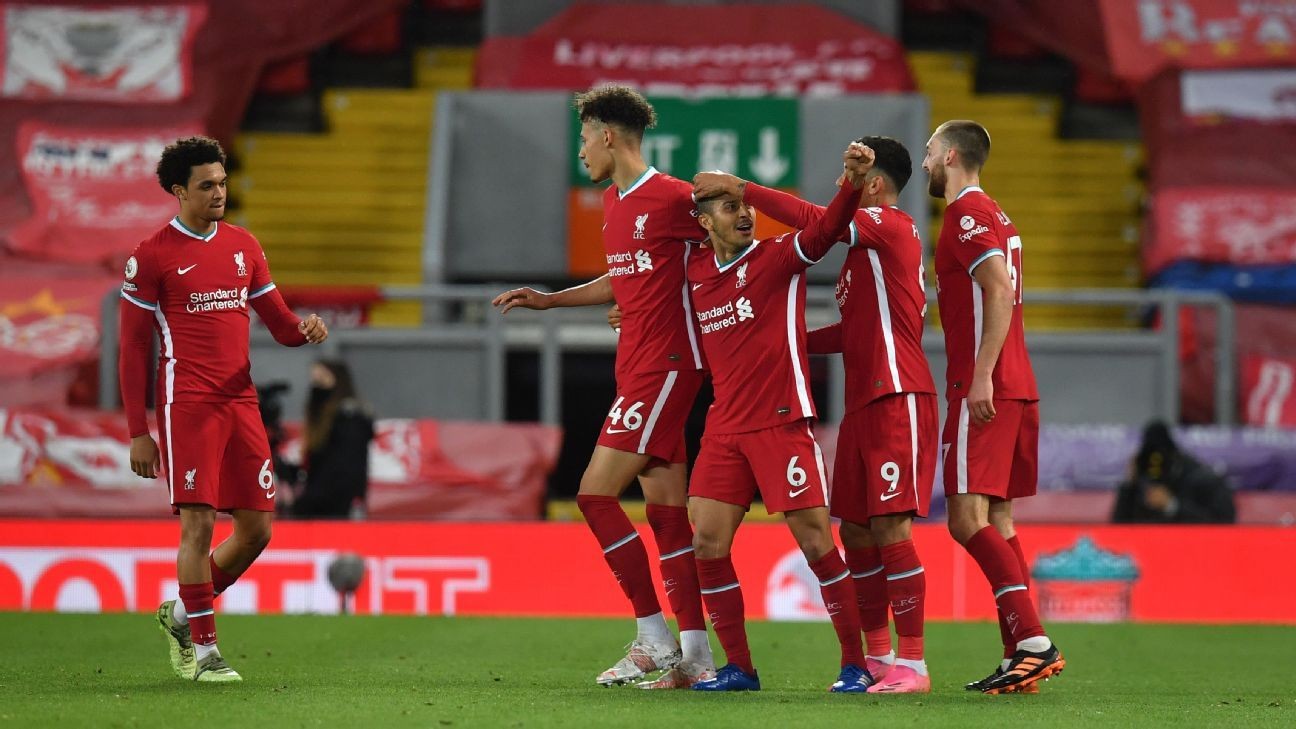 Liverpool rode a Sadio Mane opener and some heroics from goalkeeper Alisson to a 2-0 win over Southampton at Anfield on Saturday that kept their fading Champions League hopes alive.

Both teams had quality chances in the opening 30 minutes, but Liverpool would take the lead when Mane headed home a pinpoint Mohamed Salah cross after Alisson had made a great save on Southampton's Che Adams seconds earlier.

Jurgen Klopp's Liverpool took the 1-0 lead into the break with some splendid goalkeeping from Alisson helping keep Southampton off the scoresheet in the first half.

Southampton pushed for an equaliser, but Alisson continued to stand tall in the Liverpool goal and the visitors were unable to level the score.

Thiago added a classy second for the home side just before full-time, scoring from the top of the penalty area to reach the final scoreline.

The result keeps Liverpool's Champions League hopes alive, although there's work to do as they sit on 57 points, six behind fourth-placed Leicester City but with a game in hand.