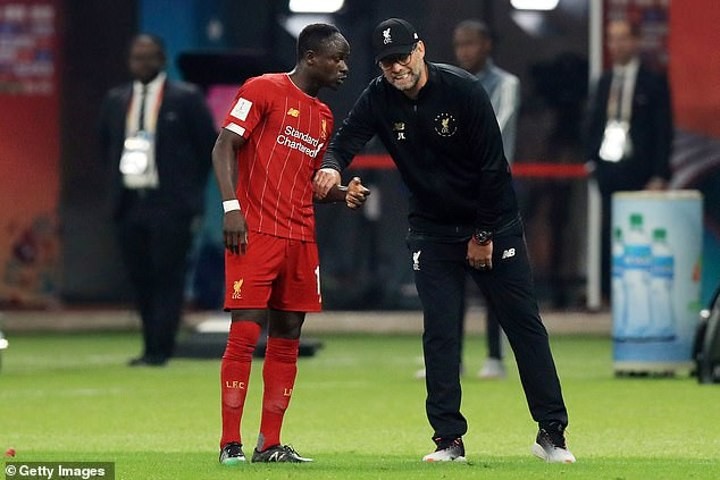 Jurgen Klopp has opened up on the first time he met Sadio Mane in a new documentary about the life of the Liverpool superstar.

Fans have been given an intimate insight into the life and career of the Senegalese winger in a revealing new documentary release on April 8.

Made In Senegal charts Mane's rise from humble beginnings in Africa to becoming one of the best players in world football, which culminated with him winning the Champions League in Madrid last summer.

Mane acts as the main narrator and the film uses a mixture of documentary scenes, archive footage and animation. It also features interviews with those who know him best, including Klopp and team-mates Virgil van Dijk and Mohamed Salah.

After moving from Senegal to French club Metz, Mane made a big impression when he signed for Austrian side Red Bull Salzburg. It was there he caught the eye of Klopp, who was looking for a new winger at Borussia Dortmund.

However, speaking in the film, Klopp admits he wasn't particularly impressed with the first impression Mane gave.

The Liverpool boss said: 'I remember my first encounter with Sadio. It was in Dortmund. There was a really young guy sitting there. His baseball cap was askew, the blond streak he still has today.

'He looked like a rapper just starting out. I thought, "I don't have time for this". Our team back then really wasn't bad. I needed someone who could handle not being a starter at the very beginning, someone I could develop.

'I'd say I have a pretty good feeling for people, but was I wrong! I followed his further career and continued success at Salzburg. In Southampton he just dominated.'

Mane continued his fine form in the Premier League when he secured an £11m move to Southampton and he would come back to haunt Klopp with a thrilling brace in a 3-2 win at St Mary's in March 2016.

He added: 'I was at Southampton and we played against Liverpool. I was on the bench. We were 2-0 down at half-time. Coach (Ronald) Koeman sent me on to the field.

'We turned the game around and I scored twice. I was this insignificant player who had just given a huge performance.

'Liverpool was a club that notices players who tire them out, so they couldn't say no and Klopp called my agent.'

Speaking about Mane's move to Anfield, Klopp added: 'It was great. Sadio wanted to work with me as much as I did with him so it was a win-win situation.'

Mane has taken Klopp's Liverpool to the next level, helping them secure Champions League football in his first season on Merseyside.

Since then the Reds have reached back-to-back Champions League football and on the brink of a first Premier League title in 30 years before English football was shut down due to the coronavirus pandemic.

The documentary is exclusively available across Europe on Rakuten TV's free 'Rakuten Stories' channel from April 8.

Rakuten TV also recently announced new documentary Andres Iniesta - The Unexpected Hero, which is pencilled in for release in Spring 2020.

Made In Senegal is available April 8 for free on Rakuten TV.