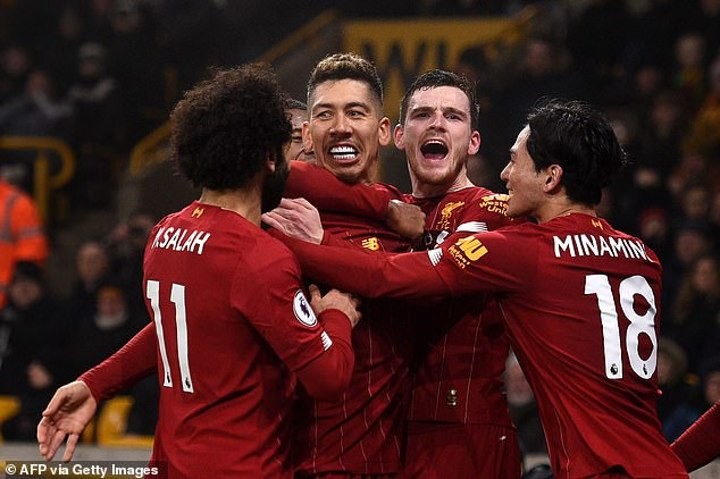 Liverpool will have the opportunity to win the Premier League title at Anfield following a police U-turn over neutral venues, according to reports.

Sportsmail revealed last month that police had raised concerns regarding Liverpool's potential title decider, amid fears of the coronavirus potentially spreading among supporters gathering outside Anfield.

They therefore expressed a desire to see them played at neutral sites, but The Sun claim Jurgen Klopp's men will now be able to host Crystal Palace on home soil on June 24.

The alleged decision comes after more than a week of reported intensive discussions between Premier League chiefs, the police, government and local council, as well as safety representatives.

Klopp's champions-in-waiting, who have nine games to play, are 25 points clear of Manchester City and need just six points to guarantee the club's maiden Premier League crown and their first league title since 1990.

And should Manchester City lose to Arsenal on the opening evening of the resumption of the Premier League on June 17, the Reds could even claim the title in the Merseyside derby on June 21.

Liverpool will however have to wait until Monday to find out if their match against Everton will be staged at Goodison Park or if a neutral venue will be required.

However, reports earlier this week stated Everton were hopeful of the derby taking place at their ground, having asked for a meeting with the city council's safety chiefs.

Sportsmail also revealed this week that Liverpool's final game of the season at Newcastle could also be moved to neutral territory amid police fears over the #cans hashtag and home fans gathering to celebrate the end of Mike Ashley's ownership.