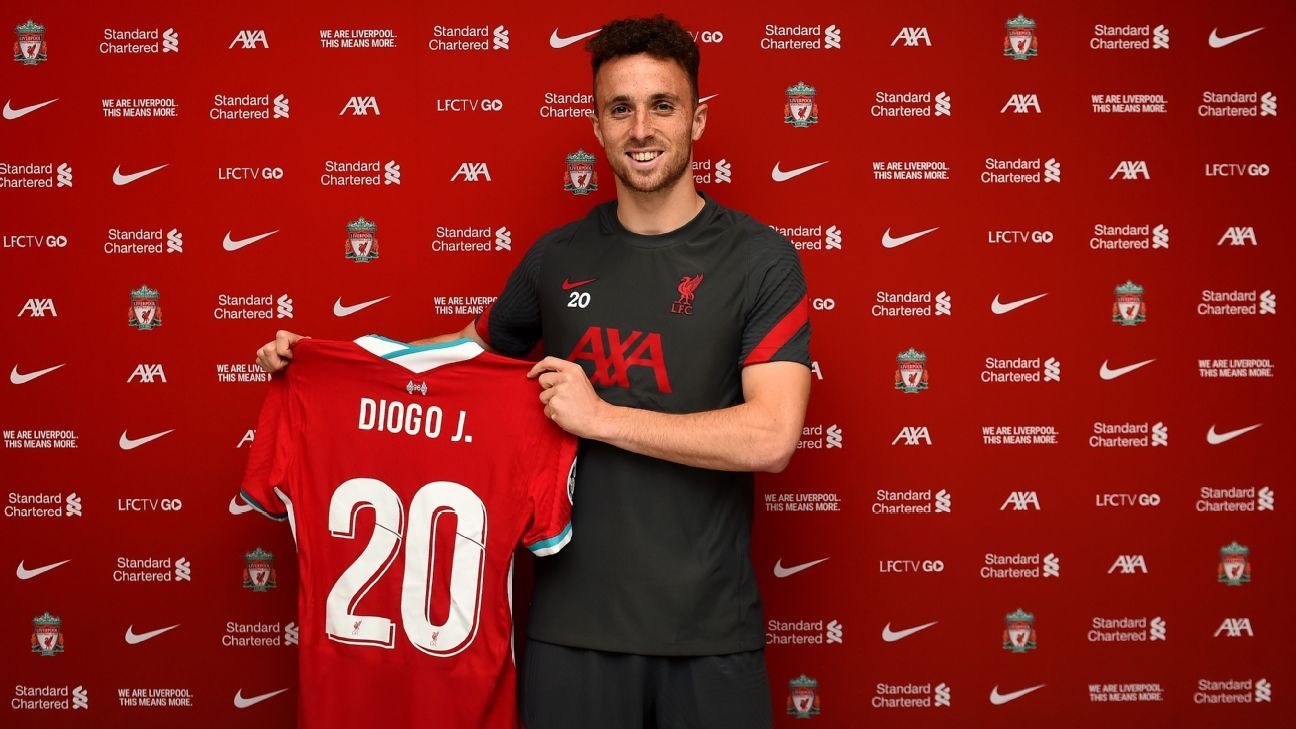 Liverpool have completed the transfer of Diogo Jota from Wolverhampton Wanderers, the club announced on Saturday.

Jota arrives to Anfield after a successful stint at Molineux, where he arrived in 2017 and was a consistent scorer for Nuno Espirito Santo's side.

Liverpool manager Jurgen Klopp has reportedly been a long-time admirer of the Portugal international, and it comes a day after the Premier League champions signed Thiago Alcantara from Bayern Munich.

"It's just a really exciting moment for me and my family," Jota told the club's website.

"All of my path since I was a kid and now, to join a club like Liverpool -- the world champions -- is just unbelievable. I just want to get started.

"So we just want to come [here], to give our best and hopefully I can become a good option for Liverpool in the future."

It wasn't the only move between the clubs, as Liverpool have sent defender Ki-Jana Hoever to Wolves in a deal worth an initial £10m. A former product of Ajax Amsterdam, Hoever had recently signed a new deal with Liverpool.