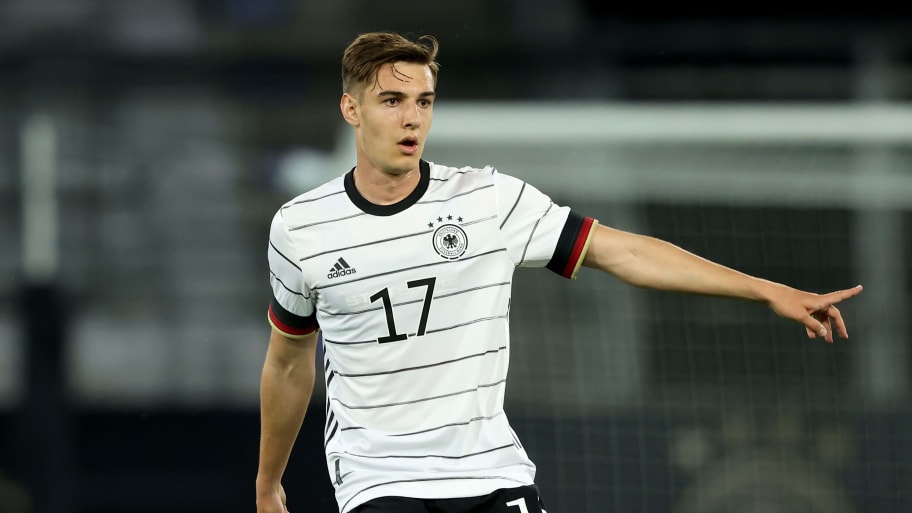 Liverpool are considering all options to find a suitable replacement for Georginio Wijnaldum, but have cooled their interest in Borussia Monchengladbach midfielder Florian Neuhaus.

The Germany international has been linked with a move to Anfield over the last few months, though the Reds opted not to trigger a release clause just shy of £35m which expired at the end of May.

This suggested their interest in Neuhaus wasn't concrete, and the Liverpool Echo now report that while the club are continuing to monitor his situation, the expiration of that release clause means a move now looks much less likely.

Neuhaus is currently with the German national team at Euro 2020, though he has yet to make an appearance at the tournament so far. The 24-year-old has been capped six times at senior level, scoring two goals.

Liverpool's pursuit of an heir to Wijnaldum - who joined Paris Saint-Germain on a free transfer earlier this month - is becoming pretty common knowledge, with Roma midfielder Lorenzo Pellegrini also linked with a move to Merseyside in recent days.

Aston Villa and Scotland talisman John McGinn has impressed the top dogs at Anfield, though it's unlikely they'd be able to sign him anytime soon due to his £50m asking price.

Liverpool have already completed the signing of French defender Ibrahima Konate from RB Leipzig this summer, while they have also been linked with a fresh set of forward options.

Alexander Isak - who has impressed with Sweden at Euro 2020 - and Domenico Berardi are some of the other names on Liverpool's radar.

In terms of outgoings, Nat Phillips is being pursued by Burnley and Brighton, while Wales wing-back Neco Williams is happy to leave Anfield in search of regular game time, with a number of Premier League sides interested in meeting his £10m price tag.

This article was originally published on 90min as Liverpool cool transfer interest in Florian Neuhaus.