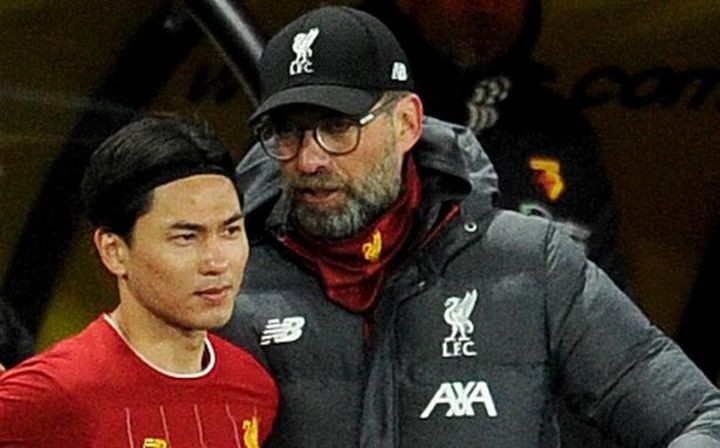 Liverpool's signing of Takumi Minamino was supposed to spark a mass exodus at RB Salzburg in January.

The Reds triggered Minamino's buyout clause to capture the Japan star for a bargain £7.25million.

Erling Haaland, who was the most sought after of Salzburg's stars, joined Borussia Dortmund but the Austrian club held onto the rest of their players.

Minamino has been forced to wait patiently for his opportunities at Anfield with Mohamed Salah, Roberto Firmino and Sadio Mane continuing to shine in attack.

But there's little doubt that Minamino will prove to be a solid investment for Liverpool and there's plenty more where he came from.

"In the last four or five years we have been really successful in our way," Freund told our sister title The Mirror.

"We work with young players and we sell players who play two or three years in our club and do very well.

"I saw a picture from our team two years ago in the final of the Europa League and only four players from this squad are now in our team.”

Mane is another to have developed at the Austrian club - but who are the Salzburg stars that could interest Jurgen Klopp in the future?

South Korea international Hwang was a target for multiple Premier League clubs in January but Salzburg refused to sell after losing Minamino and Haaland.

The 24-year-old is on Wolves and Brighton's radar after a stellar season which has seen him score 12 times in 25 matches, while he's also managed eight assists in the Austrian top flight.

Hwang is poised to become available this summer and plenty of Premier League clubs will be interested.

Minamino and Hwang are perfect examples of how Salzburg have exploited the largely untapped Asian football scene to secure two gems.

They have another in Okugawa, who is soon expected to join the Reds attacker in the Japanese national team.

Okugawa has contributed to 12 goals (eight goals, four assists) in 17 Austrian Bundesliga matches this season and his role has taken on extra importance since the January departures of Minamino and Haaland.

Hungary international Szoboszlai, 19, has already been linked with a move to Premier League rivals Arsenal.

Szoboszlai has impressed in Salzburg's midfield this season and he's even chipped in with a few goals to complement his classy showings.

"When he is allowed space he can do anything,” says Hungarian football expert Tom Mortimer. “He has an outrageous shot with both feet - thunderbolts, curlers, chips - he can do it all. He's also got lightning feet, a wonderful passing range, great vision, super intelligence.”

Haaland grabbed the headlines during the first half of the season but Daka has also been incredibly potent for Salzburg.

The Zambian striker only scored once in six Champions League matches - compared to Haaland's eight in six - but he's been prolific in the league. Daka has stepped up to score 17 times in 21 appearances for Salzburg domestically.

Koita's goals have dried up a little after he started the season with a flurry, but his game-time should increase now that Minamino and Haaland have moved on.

His record of six goals in 16 games is far more impressive when you realise that most of his appearances under Jesse Marsch have come from the bench.

Unlike others on this list, Koita isn't expected to secure a big transfer imminently but there's every chance that he will do in the future.