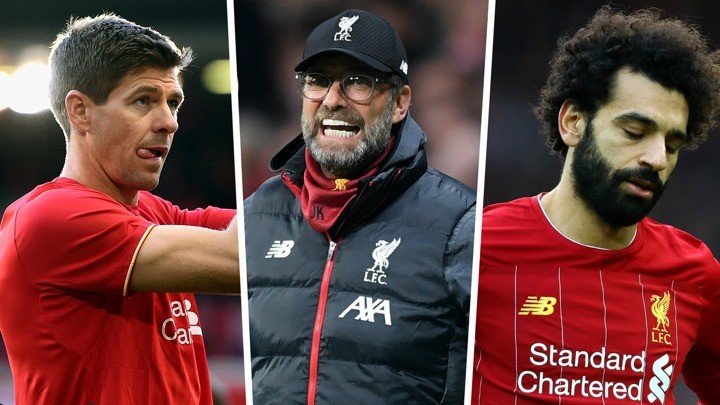 It was supposed to be Liverpool’s year. They had established a 22-point lead above Manchester City by February. There has never been a larger gap between first and second place in the Premier League (25 points). There was talk of Liverpool lifting the title against Everton in March, potentially setting the record of the earliest league win. They were on course to demolish the record points total of Pep Guardiola’s legendary “Centurion” side.

They were about to be crowned English champions for the first time in 30 years. They were two games away from cinching their first Premier League trophy.

And then Covid-19 happened.

Liverpool have never won a Premier League title, but they have come painfully close. They had a decent chance with Rafael Benitez in 2008-09, but frustrating draws were their downfall. Their next best opportunity came in 2013-14, but a freak, infamous Steven Gerrard slip against Chelsea and the subsequent defeat denied them the title. Then came their 97 points finish last season, one excruciating point behind eventual winners Manchester City. 97 points would have won them the Premier League in every single season prior to 2017-18.

And now, a global pandemic has temporarily suspended the Reds’ dash for a first league title. So are Liverpool simply cursed?

Despite sitting 25 points above Manchester City, there are fears that they might not even be crowned winners due to the ongoing coronavirus pandemic. The Premier League’s return date was postponed twice before the FA announced its indefinite suspension. This season was Liverpool’s best chance to finally lift that coveted Premier League trophy - but they might not get the opportunity.

The Reds have two Champions League titles and a handful of Cup trophies to their name since 1992, but the Premier League continues to elude them. Their first solid go at the title came under Rafael Benitez in 2008-09, with talents such as Gerrard, Fernando Torres and Xabi Alonso at his disposal. They managed to do the double over Manchester United, but several frustrating draws saw Man Utd eventually finish four points above them.

Second place was Benitez’s highest finish with Liverpool, but it came at a price. Real Madrid sought the services of Alonso that summer, and Torres was never able to return to heights he enjoyed in his first two seasons at Anfield. It became a trend for Liverpool to lose momentum after a Premier League charge and to fall apart. They would come harrowingly close to a first title, only for crucial players to then leave in the summer.

Then came Brendan Rodgers’ 2013-14 season, a shock title charge led by the likes of Luis Suarez, Daniel Sturridge and Gerrard once again. Save for certain players, the majority of that Liverpool side were average at best, a team that punched acres above their weight and overachieved during one glorious spring.

Their strong attacking game earned praise, with Suarez the standout player, but they still shipped a whopping 50 goals. Games would be high-scoring, oftentimes simultaneously tumultuous and thrilling - there was the 5-1 against Arsenal, but also the 5-3 over Stoke, 4-3 against Swansea, the 6-3 vs Cardiff City.

And then came the home game against Chelsea. Liverpool didn’t need to win the game at that point. This was a game where, ironically, the Reds needed to simply draw, and would have benefitted from then Chelsea boss Jose Mourinho’s infamous “parking the bus” tactic.

This was where Rodgers’ inexperience in leading a Premier League title charge showed. Rodgers deployed his regular attacking side when it was wholly unnecessary to, and paid the price. Gerrard - so often Liverpool’s saviour, the player to save the side from the scruff to the neck - slipped, failing to receive a pass.

Demba Ba leaped at the chance. Scored. 1-0 Chelsea. Gerrard would spend the rest of the game desperately trying to right the wrong, unsuccessfully footing long-distance strikes in an attempt to even the scoreline. It didn’t work, and Chelsea scored another in the final minutes of the game.

The fallout of the game was bad. Liverpool could still finish above Manchester City with superior goal difference, but the notorious Crystanbul match - in which the Reds squandered a 3-0 lead at half-time with the game finishing 3-3 - only made things worse. They finished two points behind champions Man City, but the true cost of their inability to win the league came in the summer, when Suarez left for Barcelona. Rodgers insisted that his side would be able to challenge for the title again the following season, but a failure to replace the Uruguay star - Rickie Lambert and Mario Balotelli were not convincing forwards - saw the Reds finish in eighth place.

Then came Liverpool’s 2018-19 season, when just one defeat to eventual champions Man City - and a controversial goal-line technology decision - cost them the title. Jurgen Klopp had steadied Liverpool’s ship massively since his arrival in 2015, overseeing their rebuild. He has improved the team with every season, taking the Reds from fourth place to appearing in two consecutive Champions League finals and challenging for the title.

Man City lost more games than Liverpool did in 2018-19 (three), but it was not meant to be. A whopping 97 points - which would have crowned them Premier League champions 25 times in previous years - was not enough. Man Utd’s highest points total of 92 won them the league in 1993-94. The lowest Premier League-winning points total, achieved by Man Utd, is 75 points (1996-97).

The Reds’ astonishing form this season was entirely down to the fact that, for the first time, they were able to capitalise from the previous season’s form. Unlike past years, none of Liverpool’s star players left, which caused the side to fall apart. Instead, the team rallied together and used last season’s push (coupled with a Champions League win) to surge themselves onward.

Liverpool successfully dealt with missing out on the league by a painful point, but should they be denied their crown this year due to Covid-19 after amassing a 25-point gap above Man City, it would no doubt be hard to bounce back and try yet again - mentally, physically, emotionally.

The Gerrard slip. 97 points. A global public health pandemic. Liverpool’s supposed curse, then, continues, for at least another day.