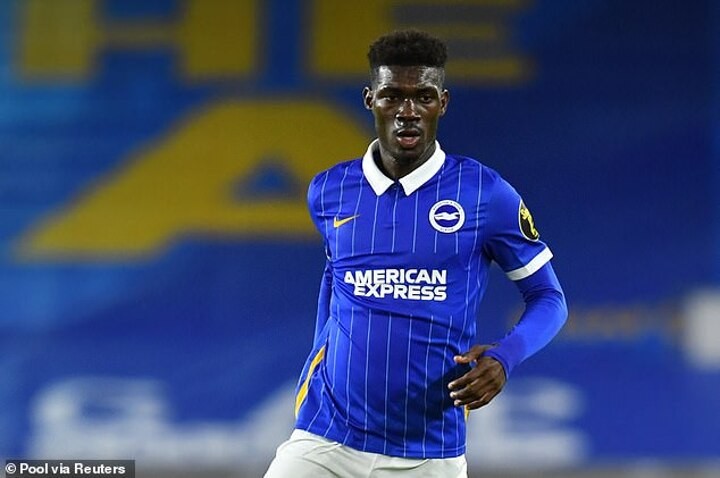 Talk of the Dutchman leaving Anfield have been rife since the summer following the arrival of former Bayern Munich midfield dynamo Thiago Alcantara.

While Jurgen Klopp is keen to maintain his 2019-20 title-winning squad, already ravaged by injuries in this compact football season, Liverpool reportedly have Bissouma in their sights if Wijnaldum moves on, according to the Liverpool Echo.

The 24-year-old Mali international joined Brighton from Lille in 2018, and has impressed with his energetic and combative displays in the heart of Albion's midfield.

He has notched up 16 appearances for his country and scored three goals.

Bissouma would appear a natural replacement for Wijnaldum, who also sets about his work in the midfield engine room to allow more creative players space and opportunities.

In just nine appearances so far this season, Bissouma has already accrued three yellow cards and one red card. emphasising his tough approach.

Wijnaldum has refused to sign an extension to his contract, which runs out at the end of the season. He could sign a pre-agreement with another club once he enters the final six months of his current deal.

The Holland international has remained an influential presence in Klopp's first team so far this campaign, starting every Premier League match but one and completing 90 minutes in all of his starts.

However, with Thiago coming back from injury in the next few weeks and Alex Oxlade-Chamberlain also due to return in the not too distant future, Wijlnaldum's place is conceivable the most under threat.

Bissouma is contracted to Brighton until 2023, although Liverpool may face competition for him as Arsenal are also rumoured to be interested in his services.