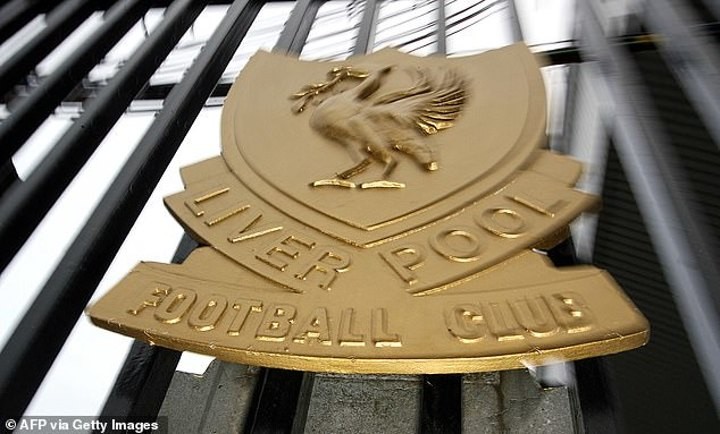 Liverpool’s position became indefensible before they reversed their decision but that is of little comfort to clubs in the Premier League’s lower reaches, who now know that they furlough staff at their peril.

Anfield has contributed substantially to that concept being a toxic term.

‘It’s not helpful for us,’ said one club executive, also observing that Manchester City’s announcement that it would not furlough non-playing staff was easy for a club bankrolled by a sheik with an estimated net worth of £24billion. The financial reality is different for those not making the same £42million-a-year profit as Liverpool.

Detailed financial analysis by Sportsmail shows how clubs who have recorded years of losses stand to take big hits if the Premier League season is cancelled. The biggest chunk of ‘missing’ income will be TV cash, with serial loss-making club Everton standing to miss out on a further £32.2m, Crystal Palace £31.9m and Brighton £23.9m, based on their league positions when play was suspended. All three have nine more games outstanding.

Such are the economics of a top-flight division jet-propelled by vast TV money. Sheffield United, another regular loss-maker in recent years, would take a particularly hard TV hit.

This season’s new Premier League overseas TV rights deal — which, for the first time, sees the higher finishing clubs paid vastly more than lower ones — means that Chris Wilder’s side would lose £38.8m. Norwich, who have already furloughed staff, stand to lose less than any other.

Clubs will also lose anticipated match-day money — a figure reached in our calculations by adjusting average income per match per club for how many home games are remaining.

Among the division’s non-elite, big hits here for Everton, West Ham and, by their own estimates released at the weekend, Burnley. We assume commercial and retail income to take a 15-20 per cent hit across each club.

The figures are illustrative, not definitive, and an array of other outcomes is possible, for better or worse, depending on individual clubs’ situations. But they do show that furloughing nonplaying staff while paying players average Premier League salaries of £70,000 a week is not universally obscene.

Brighton, for example, have recorded losses of £100m in the last five years, including £21m last year. They have been dependent on businessman Tony Bloom, who has ploughed £300m into the club and now finds his businesses, in the leisure sector, affected by the crisis.

An economic impact study last year showed the club had £212m into the local economy in 2018-19. The personal wealth figures attached to some clubs’ owners do not necessarily provide an accurate picture of a capacity to foot the bill for what the game is experiencing.

Many football clubs are struggling to maintain any clear thought amid all of this.

‘They can’t get their head around a situation where there’s such uncertainty,’ said one source familiar with the wage deferral negotiations. That might explain why Tottenham thought it wise to reveal that they were furloughing, just as financial results made it known that chief executive Daniel Levy’s salary had topped £7m.

It is possible that Sky TV may soak up some of the losses and not demand their share of £762m back from a sport on which it has built a stellar broadcasting reputation. By taking that hit it could score a huge publicity coup when the Premier League restarts, amid what will surely be a mood of national celebration.

But it is impossible for clubs to make decisions on that basis. Nor even to know when the game will restart. Significantly, Premier League players revealed on Saturday that they had been asked to consider wage cuts or deferrals over a period of 12 months.

The worst-case scenario seems to be far greater than many have publicly admitted. It would have helped if a wage cut agreement had been struck with the PFA by now, allowing a club to use money saved to avoid going after taxpayers’ cash.

To be fair, the same logic could be applied to the banks, who pay big salaries at the top but are furloughing with impunity. But there is no mistaking how clubs at all levels feel about the uber-rich furloughing. ‘Obscene,’ said one chief executive.

Liverpool have not been averse to using the tax system to their benefit in the past. For years they would try to buy players before the end of the tax year, to minimise profit. Alan Hansen, Mark Lawrenson and Ian Rush knew that they were what former chief executive Peter Robinson called the ‘tax-deductibles’.

But those were simpler, more sustainable days, long before sky-rocketing TV money, when local BBC radio journalists such as Clive Tyldesley were only allowed to commentate on the second half of the game. Robinson felt it could damage the Anfield attendance.

At the wrong end of the league, with no PFA deal in sight, clubs had not ruled out furloughing last night but now wait to know the climate is right.

‘You don’t know how long this will go on for,’ said one of the executives. ‘We’re living month to month. It’s not a bottomless pit of money.’