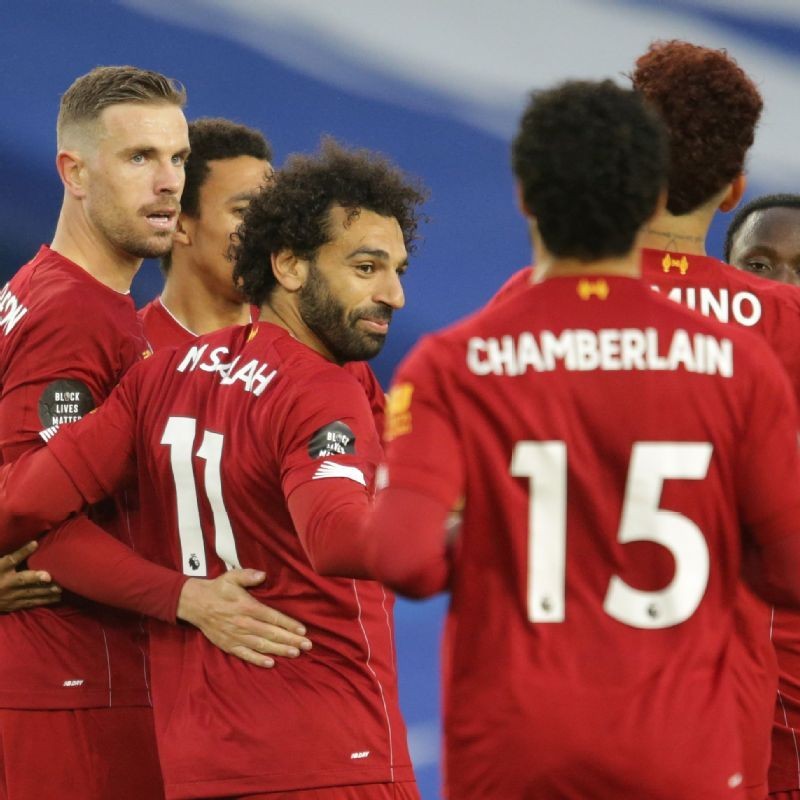 Mohamed Salah scored twice as champions Liverpool moved on to 92 points with a 3-1 win at Brighton and Hove Albion in the Premier League on Wednesday.

Juergen Klopp's side were 2-0 up within eight minutes after Brighton paid heavily for sloppy work in their attempt to play the ball out from the back.

Naby Keita robbed Davy Propper and slipped the ball to Salah who confidently drove home to open the scoring in the sixth minute.

Two minutes later and Brighton were caught out again by Liverpool's pressing, this time Salah setting up Jordan Henderson who finished with a perfect drive.

Graham Potter's team pulled a goal back on the stroke of halftime with Leandro Trossard sweeping home a first-time shot after a pinpoint cross from Tariq Lamptey.

Brighton, who recovered well from their poor start, should have drawn level on the hour when the ball fell to an unattended Dan Burn at the back post but he failed to test Alisson with a poor connection.

Egyptian Salah wrapped up the win, Liverpool's 30th in their 34th game of the season, with a superbly angled near post header from an in-swinging Andy Robertson corner.

Liverpool need nine points from their remaining four games to secure the highest points total in a Premier League season, with the current record set by Manchester City, who amassed 100 points in 2018.

Liverpool will next host Burnley on Saturday. Brighton. who remain in 15th place, will host Manchester City the same day.