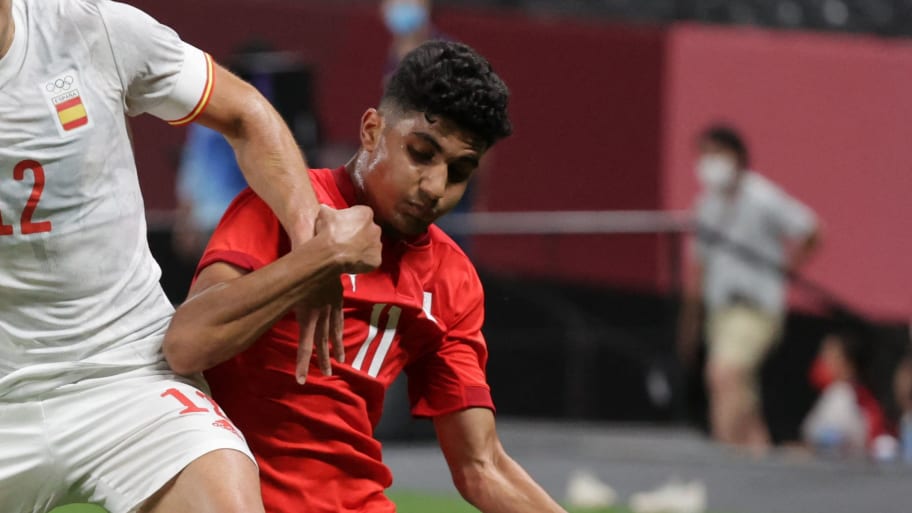 Liverpool are taking a keen interest in Egyptian winger Ibrahim Adel, who is being hailed as 'the next Mohamed Salah', 90min understands.

The 21-year-old is currently with Egyptian outfit Pyramids but has been linked with a move to Europe for over a year since making his debut for the senior squad.

A host of European clubs have been following his progress, and many believe he is the most exciting prospect Egypt have produced since Salah.

Salah himself is believed to have made sure his bosses at Liverpool are fully aware of Adel's talent, and 90min understands their scouts were already familiar with him anyway.

Adel was the subject of a bid from Danish outfit FC Nordsjaelland over the summer. They tried to buy him with a £2m offer, but it someway short of Pyramids' valuation, which is believed to be at least £5m plus add-ons.

Pyramids have since handed a new long-term deal to Adel, but it is believed a January move is being weighed up by several sides, including Liverpool.

90min understands that Liverpool are not the only suitors of Adel in England with Arsenal, Brentford, Brighton and Nottingham Forest among the clubs who have watched him of late.

It is believed that the interested parties would look at doing a deal for Adel in January, before loaning him out to another side in Europe before he qualifies for a work-permit to play in the UK.

Adel was part of Egypt's squad which finished as runners-up in the 2021 Africa Cup of Nations, while he also was a member of their 2020 Olympics team.

This article was originally published on 90min as Liverpool interested in 'new Mohamed Salah' Ibrahim Adel.