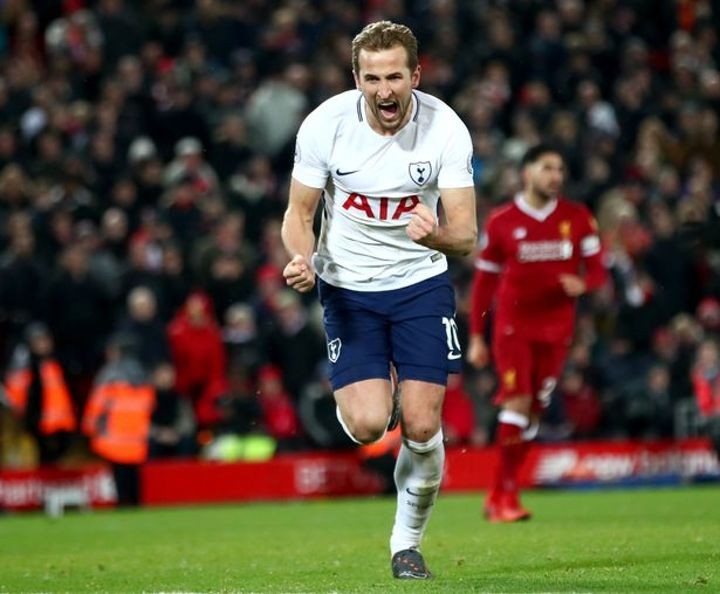 Spurs striker Harry Kane has been urged to seek a move elsewhere in order to win trophies.

The England star has plundered 136 goals in 198 Premier League games for Tottenham Hotspur.

But the 26-year-old is yet to claim any silverware with his current side - prompting some strong views from former Chelsea man Chris Sutton.

Sutton told the BBC: "Spurs are a brilliant club, but at this moment in time they are way behind the likes of Liverpool and Manchester City.

"If one of those clubs came in for him, if you were Harry Kane you would be be stupid not to go."

Kane himself this week raised the prospect of a transfer question.

He said: "I've always said if I don't feel [Spurs are] progressing as a team or going in the right direction, then I'm not someone to just stay there for the sake of it.

Were Kane to become available he would no doubt have a string of elite clubs interested in a deal.

But would Liverpool be among them in those circumstances? Our ECHO writers have their say...

On the face of it, it borders on lunacy to reject the chance to sign Harry Kane.

With 136 Premier League goals to his name, the England captain is one of the finest finishers in Europe and would be an asset for every team in world football.

But football is more nuanced than that. A transfer to Anfield may not necessarily result in him bagging the same amount of goals in Liverpool red.

Would he improve every squad in the Premier League? Unquestionably, yes, but if the Reds were to take the plunge on Kane then he would cost, at 26, upwards of £120-£130m.

That would be close to double the club-record fee paid for Virgil van Dijk and Kane's arrival would enforce a strategic re-think given how much Liverpool extract from the efforts of Roberto Firmino, particularly in relation to the goals Sadio Mane and Mohamed Salah score.

Kane is the archetypal centre-forward, a poacher extreme capable of plundering them in from all angles. But would this generation's finest No.9 thrive in a team that doesn't play with one?

For Kane's likely price tag, Liverpool could land two or even three top-class attacking options with more variety and versatility to their game.

As great a player as the England skipper is, it would be a no-go for me.

Harry Kane's outstanding goal record speaks for itself. He's a top class striker with a deadly finish in his locker, and I think he would do well at Liverpool.

Yes, the Reds don't quite play the way Tottenham do, and Kane isn't going to put in the same shift as a certain Roberto Firmino but he would still score a ton of goals, and ultimately it is goals that win you games.

Not only that but at just age 26, Kane is already a proven Premier League veteran having scored 136 times. There would be no risk in signing him as he already has England's top flight well sussed out.

I think the one thing I admire most about him is his desire to score.

Remember when he was in the race for the Golden Boot with Mohamed Salah in 2017/18 and appealed the Premier League's decision to award him a goal initially given to team-mate Christian Eriksen?

Well, he won that appeal. At the time I remember thinking what a selfish thing to do.

But this level of petty, which might be a step too far for some in what is a team sport, comes right out of the Luis Suarez playbook of fighting tooth - quite literally in Luis' case - and nail for everything, even when the game is over.

Kane became a laughing stock at the time, but that hunger and determination is something he has bags of and you can't really argue against more of it being added to Liverpool's world leading squad.

Why are Liverpool the best team in England and the current world champions?

It's because they are the best team.

From the moment Jurgen Klopp arrived at Anfield, the emphasis has been on the collective, the recruitment based solely on the sum of the parts.

But everything is done with the principle of the team first and foremost. Sure, a player may be outrageously talented, but does their presence disrupt the system?

Which leads us to Harry Kane.

There's no doubt Kane is a world-class striker. He can score a variety of goals from a number of positions, and his distribution and eye for a pass is underappreciated.

And when it comes to making the most of a defender's challenge, there are few better.

Kane, though, simply wouldn't fit into the current Liverpool side in a way that would get the most out of him and his potential new team-mates.

Signing him wouldn't just involve his transfer fee – it would probably mean the reconfiguring of other areas in the team, at perhaps even greater cost.

For his part, Jurgen Klopp absolutely loves Kane, his respect well known. And if money wasn't an object then he'd perhaps consider a cheeky move for the Tottenham Hotspur man.

But it is. And he won't. It's just not happening, folks.

One hundred and eighty one goals.

That's how many Harry Kane has scored in 278 games for Tottenham. He's only 26.

Indeed, Kane has notched 136 of those strikes in the Premier League, leaving him 124 shy of Alan Shearer's record of 260.

You wouldn't bet against him overtaking the Newcastle legend either.

Now look, Liverpool aren't going to buy Kane. Let's get that straight. But if there was just the slightest chance, I believe that they'd be mad not to make it happen.

That's just what the big clubs do.

And I know what you're going to say, Kane doesn't fit in. He doesn't fit the mould of what Jurgen Klopp wants in a central striker. He's no Roberto Firmino. That much is true.

But teams evolve. The best teams change and get better. Eventually Liverpool will have to if they want to dominate for any period of time.

And Klopp has worked with strikers like Kane before, see Robert Lewandowski. That worked out just fine.

Manchester United's dominance in the 90s and 00s was based around buying the best goalscorers and building a team around them.

There's also the added bonus of weakening a potential rival and making a statement.

All of the above players established United's position at the top of English football. One recruit ultimately led to another.

Goals are the most valuable commodity in football. They cost a lot of money and they deliver prizes.

Harry Kane guarantees goals and if Liverpool bought him, they'd make it work. And they'd reap the benefits.