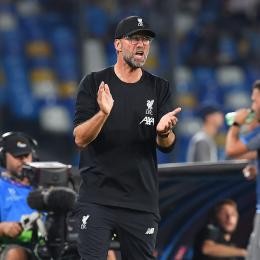 Klopp underscored the need for Liverpool to produce their highest level of performance when they host Manchester United on Sunday.

“Winning a football game and winning against United is enough itself, so it’s not necessary that there’s a special add-on. We play at home against United and we want to win – that’s all we have to think about. There’s no extra add-on in that game because they are in the situation they are. They got the points, they deserved the points they have so far, and we have ours. The season is still a long way to go, so it’s not really in it that we talk now constantly about ‘If we win, we are ahead of them again.

Jürgen Klopp told Matip pre-match press conference on Friday: "Joel is close. Does it now make sense to throw him into a game with one or two sessions, which he didn't do yet, but today and tomorrow he might be involved?

"To bring him, I don't know. We have to see, we have to decide, we have to look at him and how he will train, how he looks in training and these kind of things, but we have still different solutions. Hendo is very important in midfield for us as well, so we just have to see. It's not decided yet, why should I?"

About Bruno Fernandes.
"He is settled, he is a very influential player for United obviously, involved in a lot of things. I know people talk mostly about the goal involvements, which is very important stuff, but he is a link-up in a lot of other situations as well. I don’t know him well enough to really judge that but he seems to be a leader as well. So, yeah, a good signing, unfortunately, for United.”