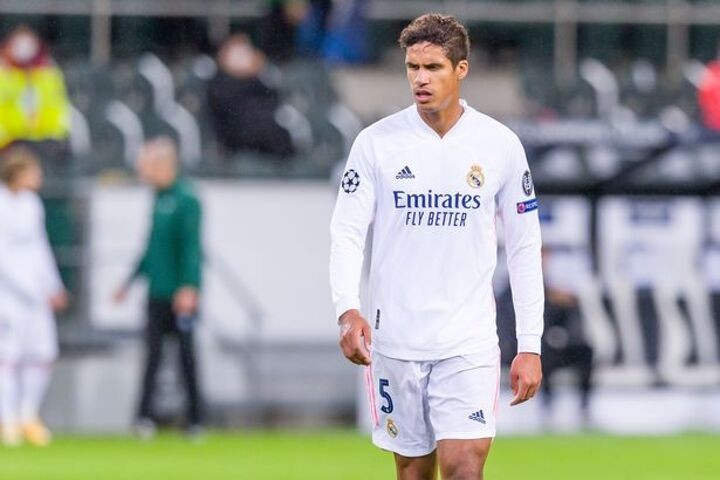 Liverpool will aim to capitalise on Raphael Varane's stalling contract talks at Real Madrid by signing him this summer, according to reports from Spain.

Varane has entered the final 17 months of his contract at the Santiago Bernabeu and has increasingly been linked with a move away from Spain in recent seasons.

The Frenchman is considered one of the finest centre-backs in Europe and made his 350th appearance for Los Blancos in their 1-0 victory against Atalanta in midweek.

Real Madrid boss Zinedine Zidane is a huge fan of his compatriot and played a key role in convincing the 27-year-old not to leave in 2019.

But AS claims Varane's future is now more uncertain than ever as talks over extending his deal have stalled.

The report adds Real Madrid no longer see Varane as indispensable and will reportedly listen to offers of €70million (£61m) this summer.

Los Blancos anticipate plenty of interest in the World Cup winner and Liverpool are believed to be his latest suitor.

The Reds - who have been hit hard by major injuries to their three senior centre-backs this season - may choose to sign a new partner for Virgil van Dijk this summer.

Joe Gomez and Joel Matip have established themselves as quality performers on their day but there were lingering concerns over their ability to stay fit before they suffered season-ending injuries.

At 27, Varane will be in his prime for many seasons to come and has a huge deal of experience at the highest level.

During France's victorious World Cup campaign in Russia in 2018, he played every minute of every game.

With Real Madrid, Varane has won eight major honours including four Champions League titles since joining from French club Lens in 2011 for a bargain price of €10million (£8.7m).