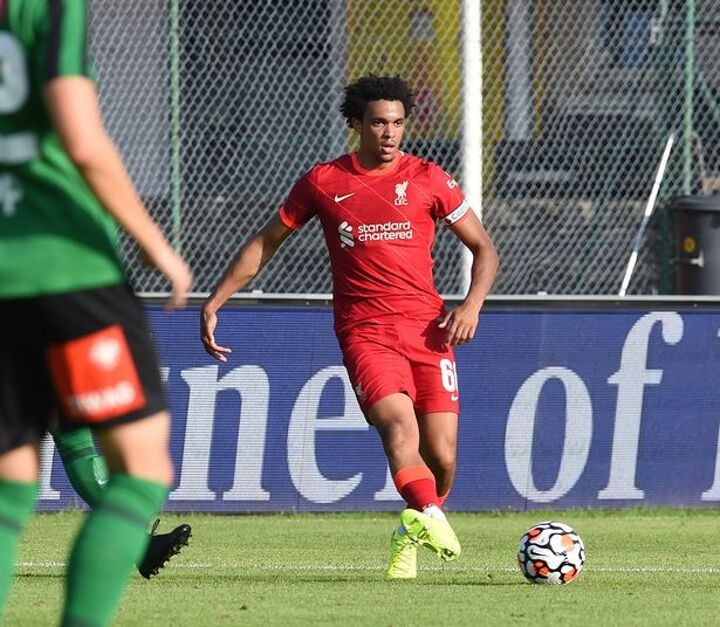 Liverpool assistant manager Pep Lijnders has tipped Trent Alexander-Arnold to be the clubs future captain, after he heavily praised the young full-back in a recent interview.

Following the departure of 'fourth choice' captain Gini Wijnaldum after five-year stint in Merseyside, it opens the door for a new leader, and Liverpool may already have their replacement.

It's been just shy of five years since Alexander-Arnold made his debut for Liverpool at the age of 18, and his mesmeric rise has made him one of Jurgen Klopp's key players.

The 22-year-old has already featured 179 times for his boyhood club, and is tipped to receive the armband later down the line.

Lijnders has overseen the development of the right-back since 2014 when he joined the coaching staff and when Alexander-Arnold was only 15, and the assistant spoke highly of him in an interview with LiverpoolFC.com :

“I’m so proud of Trent. He was this natural technical talent when he was just 15 years old.

“He had all the characteristics I loved: a mentality to win, passionate to improve but his emotions sometimes took control instead of him taking control over the emotions. He trained with so much power and competition."

Lijnders went on to add: “I still see the same fire in his eyes in each training, but I don’t see this young guy anymore; I see a leader, I see someone who controls his emotions, a future captain.

“A leader by example. The best clubs have one thing in common, a ‘one club’ mentality. The culture spreads through all departments.”

Klopp revealed in 2018 that it was the Liverpool team that decided on the third and fourth choice captains, after a vote saw Virgil Van Dijk take the third spot behind Jordan Henderson and James Milner.

Alexander-Arnold therefore looks set to be at least in the conversation following Wijnaldum's exit, due to the high praise he receives from his teammates and coaches.

The young full-back has already captained his side this summer, during a pre-season clash against Wacker Innsbruck as Liverpool toured Austria, and this came as no surprise as Klopp previously said in December:

“Trent is someone who will be in this kind of role in the future”.

For now the armband deservedly stays with Jordan Henderson, but with uncertainty growing over the future of the England international, it may not be a matter of time until Alexander-Arnold is made club captain.