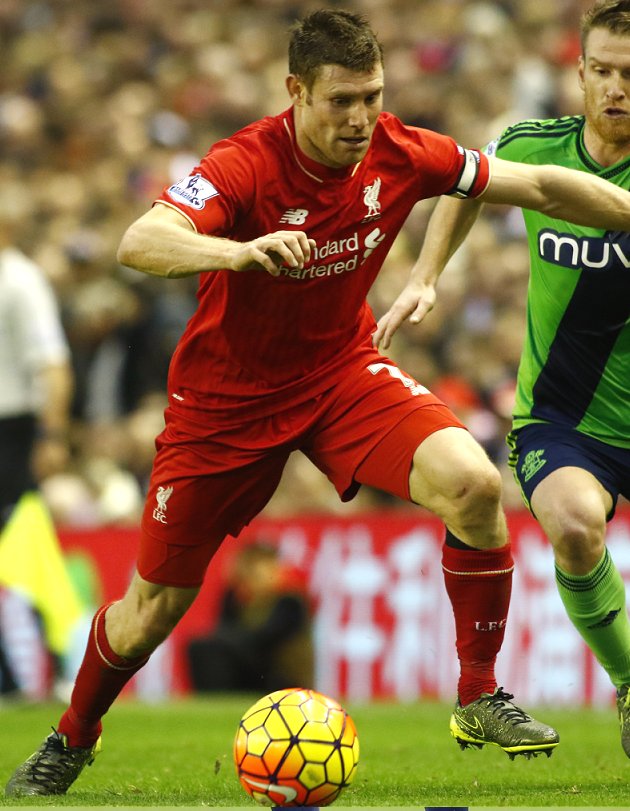 James Milner says he will assess his international future with the England manager prior to next season.

The 30-year-old Liverpool midfielder has won 57 caps with the Three Lions and is a part of the current squad under Roy Hodgson that beat Germany on Saturday night and are preparing for Tuesday's Wembley meeting with Holland.

Milner, who was an unused sub in Berlin, admits being involved to the point where he is not playing could get a bit old and has indicated that he will speak with Hodgson, or his potential successor, after the Euro2016 tournament in July or August to discuss what lies ahead.

"It's a conversation I'll probably have with the manager at the start of next season," he said.

"Hopefully that will be Roy because that would mean England will have had a good tournament at the Euros.

"I don't want to be travelling around the world, not really contributing, and just being a good tourist. I want to contribute and if the manager says I have a part to play, then great.

"If not, it would be better for me to step aside and let the younger guys come through.

"I've been in four tournaments, built up a lot of caps and experience, and at the moment I can help the younger guys in the squad.

"But if I am going to be taking on a lesser role than the one I have now, it would probably better for someone else to step up."