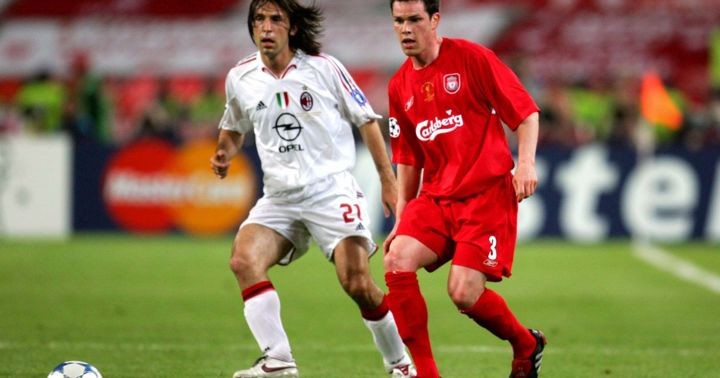 Exactly 15 years ago to the day, Liverpool completed the impossible and came from three goals down at half-time against a then-brilliant AC Milan side.

The story is well-known, so the details hardly need retelling, but one Liverpool fan got a vantage point like no other that night in the Turkish city.

Former Liverpool physio Dave Galley, who was a key part of the backroom team during the Champions League victory over AC Milan in 2005, was working in his dream job.

But what unfolded in the first period was what felt like at the time the exact opposite: the nightmare scenario.

Speaking during the final episode of the Road to Istanbul podcast series on the Blood Red channel : "We came in at half-time and the place was quiet.

"It was probably only for a couple of minutes, but it seemed like about 30 or 40. The first two voices you hear are Jamie Carragher and Steven Gerrard, talking to each other. It got heated and louder, and then Rafa said his piece.

"One thing I do remember was Jamie saying, 'listen, we've got to do it for them'. And you could hear the crowd outside singing You'll Never Walk Alone."

But being 3-0 down was not the only issue that Liverpool had, as confusion reigned inside the Reds' dressing room.

Steve Finnan was injured and therefore probably had to be replaced, but as the tale goes, Rafael Benitez had already made his mind up on another change.

It was Galley's call on what should happen next.

He explained: "Steve said his thigh was sore so we got him on the table to assess him.

"By this time, people are starting to talk and Rafa is saying his bit.

"He sent Djimi into the shower and I don't know whether he had actually got in the shower, or whether he was just getting ready to, but it was obvious Steve wasn't going to finish the game.

"I don't think he's spoken to me since by the way!

"I had to say to Rafa, 'he's got a problem with his thigh and he's not going to finish the 90 minutes, so it's your decision'.

"So he got Djimi out of the showers and said 'Didi Hamann, you're going on'.

"It all worked apart from Steve - but he got a winners medal, so he can't be too unhappy.

"It's using your experience - you're there to do a job and you've got to take your professional head and your personal head completely to the side.

"Rafa was very good at that and I've been up to see him a few times up at Newcastle and he still talks about it very fondly.

Galley, who has also worked for England's under-21 set-up, now works for Plymouth Argyle under ex-Tranmere boss Ryan Lowe, who was born in Liverpool, and has been at the League Two outfit since December.

For him, one thing stands out from the night that created an infinite number of memories.

Reds legend Jamie Carragher was down with cramp during the match, and could hardly walk, though that was not the case when it came to the celebrations.

Carragher's cramping pain and subsequent rampant celebrations are two of the iconic images of the night, and they also summed up the spirit of Benitez's men.

As Galley concluded: "I still have a picture of me stretching his legs out when he had gone down with cramp, and then after the pens, he sprinted 120 yards to celebrate!

"It's a mental thing, as much as anything. We had that collectively as a group of players - we were just stronger than them mentally."

Galley might not be working at the very top of the game these days, but the memories of when he did live on.

For Liverpool fans, today's anniversary will bring them all back once again.