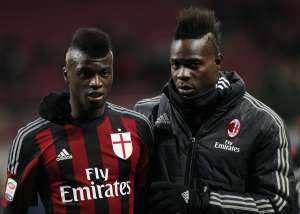 Liverpool are interested in bringing AC Milan‘s M’Baye Niang to the Premier League and could use Mario Balotelli as a makeweight.

The French striker has returned from a lengthy injury spell and is expected to feature in Saturday’s Coppa Italia final against Juventus, and Reds scouts will reportedly be in attendance.

According to Sky Sport Italia, Liverpool are prepared to offer troubled striker Mario Balotelli on a permanent basis in an attempt to sweeten the deal.

Given the 25-year-old’s struggles with the Rossoneri this season, it remains to be seen how warm Milan would be to such a proposal, though the Italian would be happy to see the transaction come to fruition.

Liverpool would likely need to include an additional fee in order to strike a deal, given that Niang’s statistical contributions to the club this season has far outweighed those of Balotelli, despite being just 21 years old.

Tottenham are also said to be interested in the France U21 international.