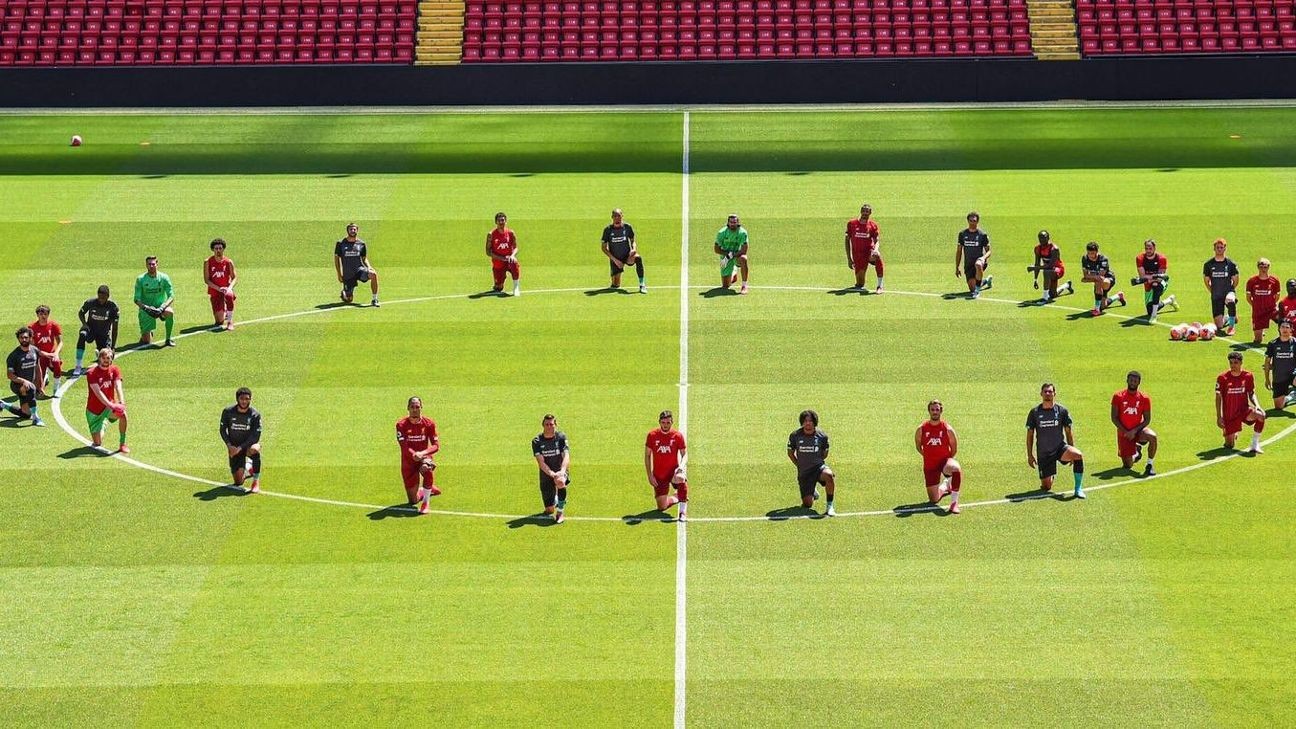 Liverpool players knelt down at Anfield on Monday in a tribute to George Floyd and the image was shared on social media with the hashtag #BlackLivesMatter.

Floyd, who is black, died in police custody in Minnesota after a white police officer kneeled on his neck for more than eight minutes. The incident sparked protests in cities across the United States. The protests have now spread to Europe with people gathering in London and Berlin.

Minneapolis police officer Derek Chauvin was charged in the death of the 46-year-old Floyd.

A number of Liverpool first team players shared the image of the squad paying tribute to Floyd and the club retweeted the pictures.

The kneeling was similar to a gesture made by former NFL quarterback Colin Kaepernick, who in 2016 began kneeling during the U.S. national anthem to protest police brutality.

Borussia Dortmund forward Jadon Sancho revealed the message "Justice for George Floyd" after scoring in the 6-1 Bundesliga win against Paderborn on Sunday.

Borussia Monchengladbach forward Marcus Thuram took a knee after scoring his first goal on Sunday in honour of ongoing protests in the United States following the death of Floyd.