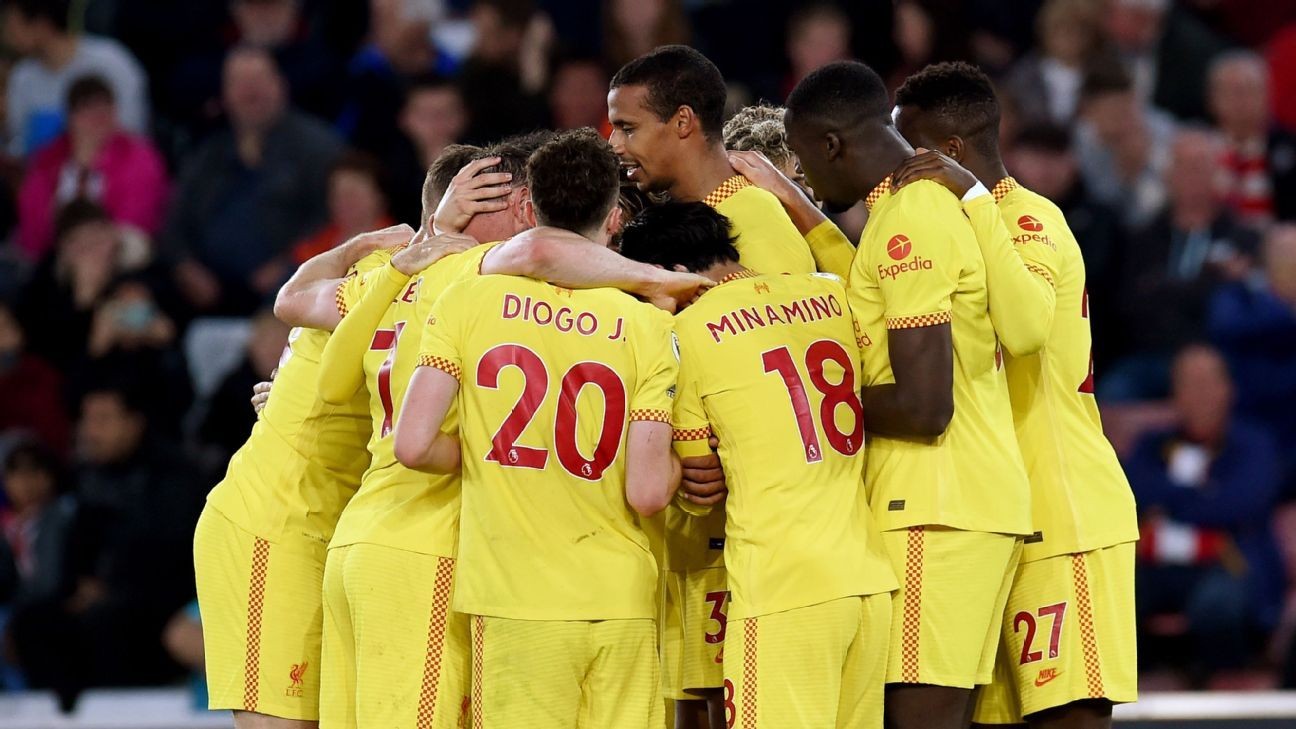 Liverpool came from a goal down in dramatic fashion to beat Southampton at St Mary's on Tuesday night, trimming Manchester City's lead at the top of the Premier League to a single point with one match left to play in the 2021-22 season.

Jurgen Klopp picked an XI with significant changes from the side that beat Chelsea on penalties in the FA Cup final on Saturday, with Virgil van Dijk and Mohamed Salah out nursing injuries and Sadio Mane left off the team entirely.

Nathan Redmond put the hosts in front early with an exquisite individual effort, cutting in from the left flank and curling a shot that took a slight deflection off Liverpool's James Milner ball past Allison.

Liverpool drew level before the half-hour, though, when Takumi Minamino crushed his near-post shot into the roof of the Southampton net after being played in on goal by Diogo Jota.

Joel Matip scored with the unlikeliest of headers to give Liverpool the lead on 67 minutes, leaning over his defender and redirecting a deflected corner kick past Saints goalkeeper Alex McCarthy to put his team on course for the three points.

Should City lose or draw, though, the door would be open for Liverpool, who were 14 points behind in the table on Jan. 15, to take over first on the final matchday of the season with a win over Wolves at Anfield.

Liverpool also have a Champions League final against Real Madrid on May 28 in Paris to contend with as their hopes of ending the season with four major trophies remains alive.