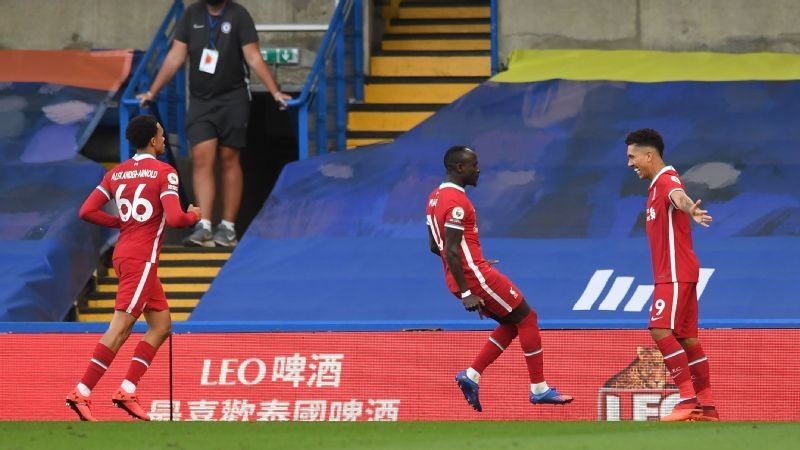 Sadio Mane scored a second half double to help Liverpool cruise past Chelsea with a 2-0 win at Stamford Bridge on Sunday.

Chelsea were reduced to 10 men after Andreas Christensen was sent off for a professional foul on Mane after 45 minutes and Jorginho missed a penalty in the second half.

New signing Thiago came off the bench to make his debut as Liverpool made it back-to-back wins in the Premier League.

There was a lack of clear cut chances in the first half with Chelsea looking to play on the counter attack and allowing Liverpool to control possession.

Just before half time, Mane was through on goal when Christensen brought him down. The referee initially brandished a yellow card but Paul Tierney hanged it to a red after checking the VAR screen.

The visitors took the lead five minutes after the break when they produced a fine move which resulted in Mane heading in from Roberto Firmino's cross.

Mane grabbed his second four minutes later when he pounced on Kepa Arrizabalaga's mistake and scored into an empty net.

Chelsea had a chance to get back into the game after Thiago brought down Timo Werner but Alisson saved Jorginho's spot kick.