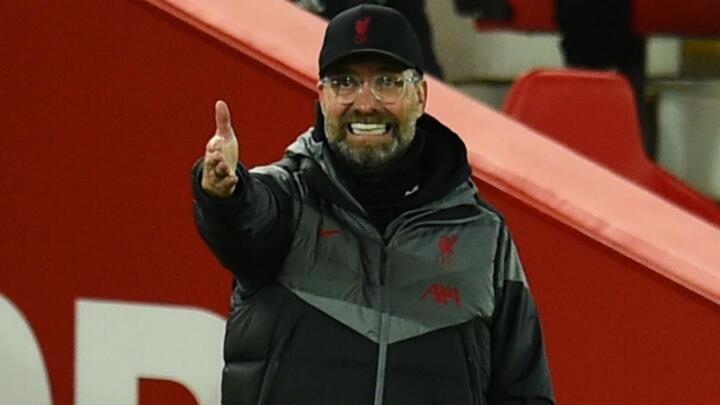 Jürgen Klopp feels Liverpool have responded well to adversity with two wins but warned of the dangers posed by Champions League opponents, Midtjylland.

Liverpool manager Jürgen Klopp is pleased with how his players have responded to recent setbacks but warned them not to take anything for granted against this week's Champions League opponents Midtjylland.

The Premier League champions were sensationally hammered 7-2 by Aston Villa prior to the October international break, then lost Virgil van Dijk to a serious knee injury on their return to action. Defender Van Dijk was hurt in the early stages of the 2-2 draw with Merseyside rivals Everton, a game the Reds twice led before eventually having to settle for a point. However, since then Liverpool have recorded a win away at Ajax in the Champions League and also fought back from a goal down to beat Sheffield United.

"It's all about showing a reaction - you cannot influence the things that have happened to you in life. You can influence the response you show - and I like the response, to be honest," Klopp told the media ahead of Tuesday's meeting with Midtjylland. "The boys were really ready to work extremely hard again, show real resilience and fighting for results. All those kinds of things are important. I expect them, actually, but after the very, very long good times we had, people react differently. They did exactly what I thought they would do - they fought and we won both games."

While Liverpool triumphed 0-1 in Amsterdam in the Champions League, Midtjylland suffered a 4-0 defeat at home to Atalanta on their debut in the group stage of the competition. Yet Klopp - who revealed he is set to be without injured trio Naby Keita, Joel Matip and Thiago Alcantara again - does not feel the scoreline reflected the Danish side's overall display.

"The 4-0 against Atalanta was not a 4-0," the German manager said. "It didn't look like that kind of game. They were really in it and possession was pretty level. They are a football-playing side with different ideas. They are flexible as well, so it's a challenge, a real challenge. We have to be ready for it."

Return to Anfield in Europe

This will be Liverpool's first home game in Europe since they lost 2-3 in the second leg against Atlético Madrid in March, a game played out with fans present at Anfield amid the breakout of the coronavirus pandemic across the continent. The extra-time defeat in the second leg of the last-16 tie was the Reds' final outing before the 2019-20 season was put on hold, with Klopp admitting it was a "strange time".

"We played a really good game in Madrid (when they lost 1-0 in the first leg), people forget that," he said. "Played a super game at home and lost, sounds crazy. What can you do more? If you use your chances, you go through. Performance-wise, it was not a problem. It was a strange time. We heard a lot of things, the last game before lockdown. This is not an example of how we should do things, football-wise. We love the competition, even when we got knocked out too early. It's the Champions League, Anfield but no crowd, but it's still the competition we love. We have to show that again tomorrow night. There are no guarantees, but a lot of opportunities."

The Atlético defeat is Liverpool's only blemish in their previous 26 home games in all European competitions. They have not suffered consecutive home defeats in Europe since December 2009.