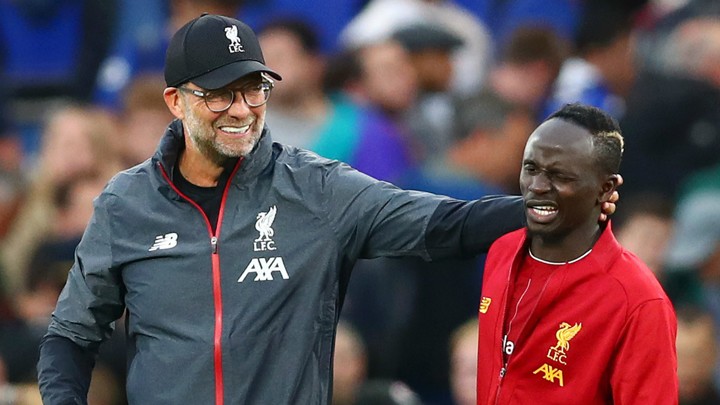 Liverpool forward Sadio Mane has lavished praise on manager Jurgen Klopp, saying that the German has been able to take his players to a new level.

Klopp has developed a reputation as one of the best coaches in the world, winning back-to-back Bundesliga titles with Borussia Dortmund before joining Liverpool in 2015.

The 52-year-old led Liverpool to Champions League glory last season and has guided the Reds to a 25-point lead in the Premier League this term, with the league currently sidelined due to the coronavirus pandemic.

Mane has been one of Klopp's key performers at Anfield, with the Senegal star sharing the Premier League Golden Boot last season with Pierre-Emerick Aubameyang and team-mate Mohamed Salah.

The 27-year-old has no doubt that his side wouldn't be at their current level without the guidance of Klopp.

"Jurgen is an amazing coach. He is always positive even if you lost and always finds the right words to push you to that little extra that makes you win again," Mane told Rakuten TV. "He knows how to bring players to another level, when they thought they couldn’t play on."

Mane began to make his name in England after joining Southampton in 2014 from Austrian side Red Bull Salzburg. He admits that the transition to a new country was a difficult one at first – both on and off the pitch.

"Football in England is something else. Much bigger for the people and the Premier League is the championship with the highest speed and quality," Mane said. "But when I think about the UK in general, I would say driving on the left side [has been the biggest adjustment], even though I got used to it over the past years."

After two seasons with Saints, Mane got a call from Liverpool that he admits was too tempting to turn down, having seen two of his country's most famous players turn out at Anfield in the past.

"I developed my football in Southampton. We had a great team and when I got the offer from Liverpool, I was honoured to be able to step into the footprints of Salif Diao and El-Hadji Diouf, who have been my idols of my youth and a whole generation in Senegal," Mane said.