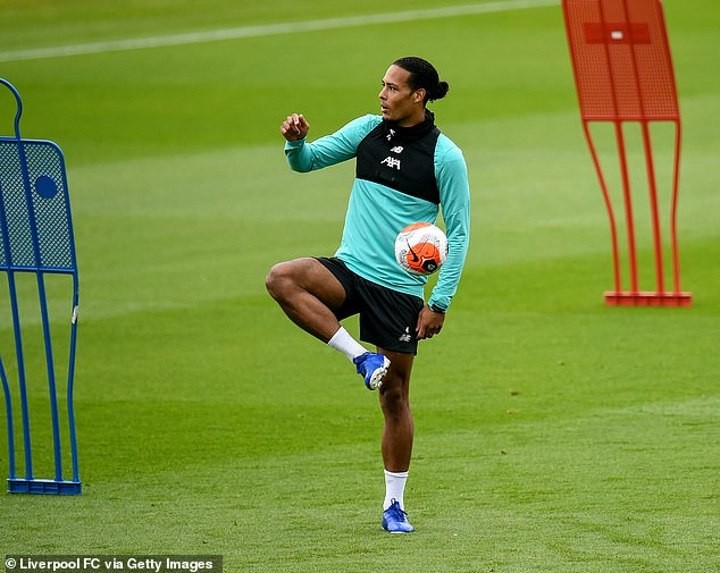 Premier League leaders Liverpool continued their small group training as they prepare for the return of league action after the coronavirus pandemic caused the suspension of matches over two months ago.

Liverpool's stars were all smiles as they took to the training pitch at Melwood as safety precaution were taken as staff disinfected a pile of footballs before and after the sessions.

Virgil van Dijk, Roberto Firmino and Fabinho were among the stars that ran through some half-paced drills in small groups maintaining social distancing, in line with Premier League protocol.

Manager Jurgen Klopp was also present at Melwood, as he donned a Liverpool snood over his face to fashion into a face mask.

The Premier League's Project restart received a huge boost after just eight players and staff across the 20 clubs tested positive for coronavirus after two rounds of testing.

The league chiefs are frantically planning to ensure that Liverpool and co can return to the football pitch during June to finish the 2019-20 season.

Reds midfielder Adam Lallana was also present at training after reports suggested he could be on the move to Leicester City this summer, according to the Daily Star.

The England international is likely to leave Anfield on a free transfer with West Ham, Everton, Arsenal and Crystal Palace all interested in signing the 32-year-old.

Liverpool have run away in the Premier League title race and are 25 points ahead of Manchester City in second place.