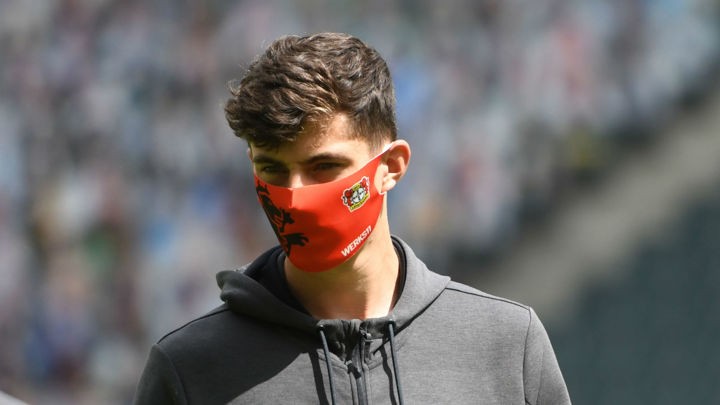 Kai Havertz was unwilling to risk ruining his time at Bayer Leverkusen by discussing speculation surrounding his future.

Asked about the talk surrounding his situation after the match, Havertz told Sky: "I do not like to say, of course, that there is a lot of speculation.

"I'm concentrating on this season and will see what happens afterwards.

"I am very grateful to Leverkusen and I don't want to mess it up in any way."

He added: "We're happy about the win. We put it on ourselves to win here and we did that.

"We had to really give everything today and I think we deserved to win in the end."

Bosz felt Havertz showed signs of improvement from Leverkusen's first game back after two months off during the coronavirus suspension.

However, the Dutchman was at pains to point out the victory over Gladbach was the result of a team effort.

"Kai played a little better than against [Werder] Bremen. But it's not about Kai," said Bosz.

"We at Bayer did a great job and Kai was one of them. There were 13 others who played as well as Kai."

Leverkusen now sit third in the Bundesliga standings, with Saturday's win helping them leapfrog both Monchengladbach and RB Leipzig, who travel to Mainz 24 hours later.

They were unable to close the gap on the top two, however, as Bayern Munich and Borussia Dortmund both recorded wins to continue their imperious run of form that stretches back to before the season's temporary suspension.

Dortmund have won nine of their 11 Bundesliga outings in 2020, an outstanding run that is nevertheless bettered by Die Roten, who have won 12 and drawn one of their last 13 games in the German top flight.