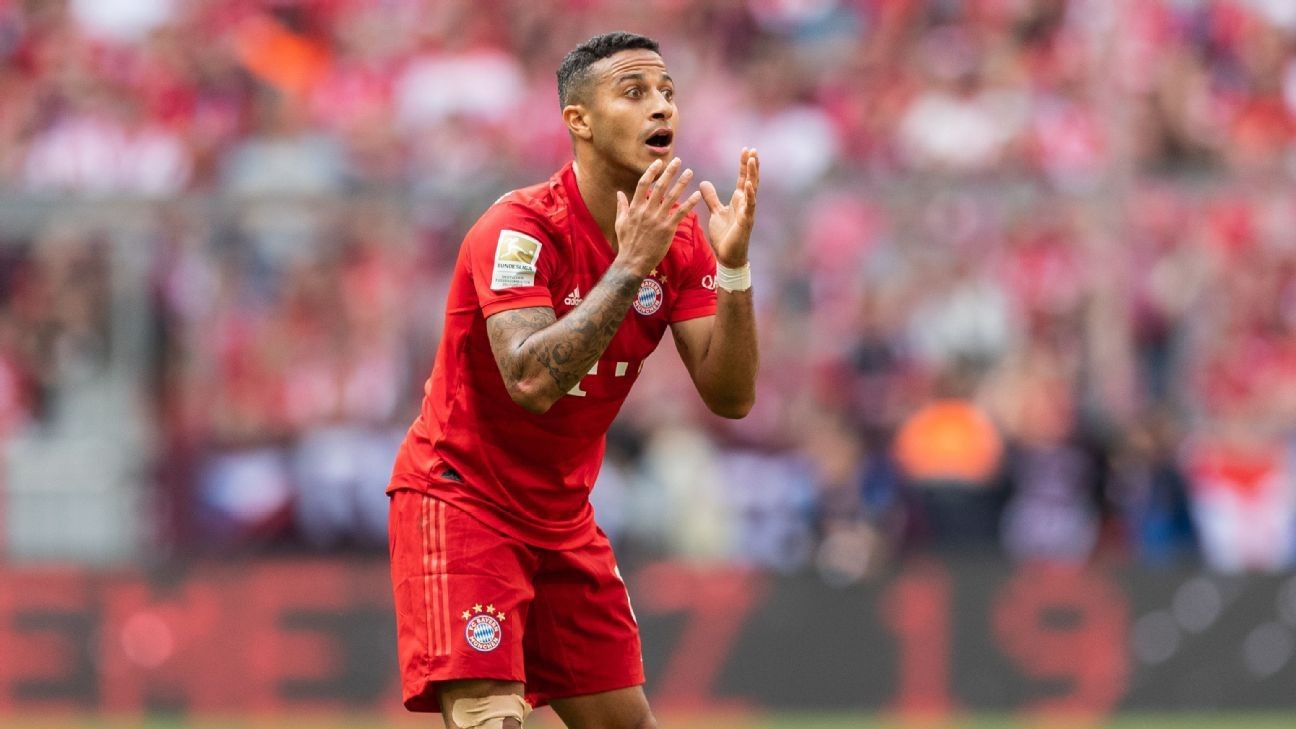 Bayern Munich midfielder Thiago Alcantara is set to leave the Bundesliga side in the close season because he wants a new challenge, the club's CEO Karl-Heinz Rummenigge has said.

The 29-year-old, who joined Bayern in 2013 from Barcelona for €25 million, has since played 230 games and won seven league titles with the German club. Premier League champions Liverpool have been linked with a move for the player.

"A top man on and off the pitch. We negotiated with him in a serious way and fulfilled all his wishes. But it now seems that he wants to do something new for one more time," Rummenigge told Bild in an interview on published on Friday.

Thiago's deal with Bayern ends next season and Rummenigge said they had no choice but to sell the player as they did not want to let him go without receiving a transfer fee.

"We do not want to lose any player without any money next year," he explained.

Bayern manager Hansi Flick had said earlier on Friday that he wanted Thiago to stay.

He said of the possible departure of Thiago: "I hope he won't go."