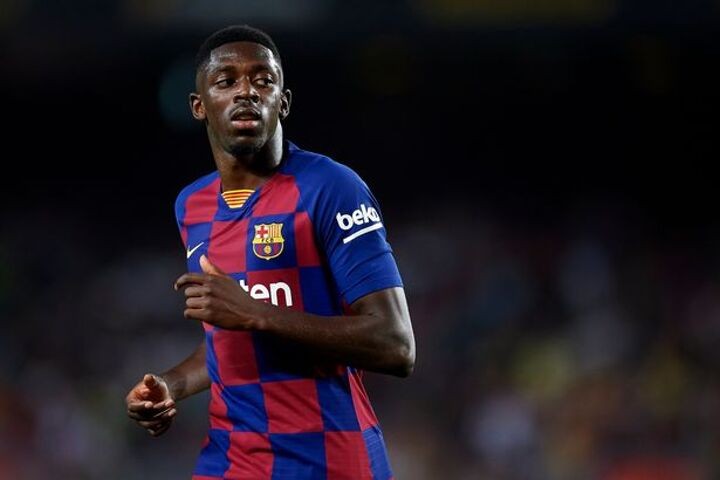 Ousmane Dembele has been tipped to make it at Liverpool amid a potential summer reshuffle in the Reds attack.

The Barcelona star has been hampered by injuries since his move to the Nou Camp and faces a big decision that could see him seek pastures new.

Demebele's contract is winding down and John Barnes believes the Frenchman is a perfect fit for Liverpool.

This season though the Liverpool forward line has struggled and the German is being encouraged to consider his options.

"One player that I think could make it at Liverpool is Ousmane Dembele," Barnes told BonusCodeBets.

"He would fit right into the front three because his directness is perfect for Liverpool’s way of playing.

"Of all the players linked with Liverpool, he is a player that fans should be excited about. If he wants to continue playing at the biggest clubs like Barcelona then Liverpool is the right club for him.

"He’s a player that fits the way Liverpool plays and I think that Liverpool would be interested in that type of player.

"I can’t see a reason for any of the front three to leave because they like it at Liverpool and things are going well.

"I don’t think there’s a reason any of the front three need to feel they have to leave to fulfil their ambitions because they’ve won the league and the Champions League so it’s hard to say what more they want.

"In terms of the potential to be successful, they won’t get it much better anywhere else, it’s just a question of whether they feel they want a new challenge.

"Some of them are coming up to 28/29 and sometimes players move on."

14 goals is Dembele's single season best, but a year without disruption could see that number rise.

Manchester United have also been linked with the Frenchman as they eye a wide forward.