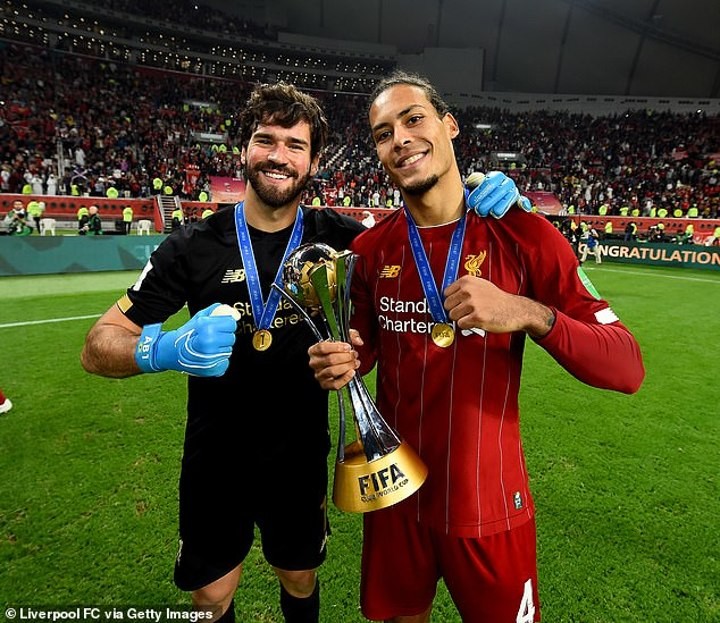 Liverpool are focusing on tying Virgil van Dijk and Alisson Becker down to long-term contracts after missing out on transfer target Timo Werner.

The Reds had planned to sign the Germany international this summer, but were reluctant to pay a sizeable fee due to the financial uncertainty caused by the coronavirus pandemic.

The Stamford Bridge club have offered Werner £180,000-a-week in wages as part of a deal worth £9m-a-year over five seasons.

Liverpool had previously been considered front-runners to secure the forward's signature after Jurgen Klopp supposedly held fruitful discussions with the player.

The Reds could yet hijack the deal by meeting the 24-year-old's release clause this month, but the Premier League leaders have turner their attention elsewhere according to The Independent.

The Anfield board will instead look to reward those players who lifted the Champions League trophy in 2019 and excelled in the top flight this season.

Van Dijk has been instrumental since his arrival in January 2018 and is under contract until June 2023. Nevertheless, the Dutchman will likely be offered improved terms if Liverpool end their 30-year wait for a league title.

Similarly, Alisson has already won the Champions League, UEFA Super Cup and FIFA Club World Cup with Liverpool, and even though he is under contract until 2024, a new deal would deter rival clubs from bidding for the talented goalkeeper.

The Reds require a maximum of six points from nine matches to win the Premier League, and could be crowned champions with a win against Everton on June 21, provided Arsenal defeat Manchester City on June 17.