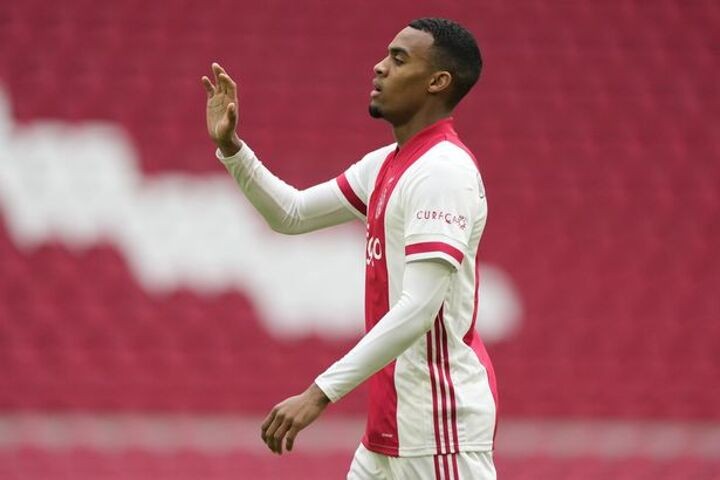 Liverpool's fading hopes of silverware this season took another blow this week - and it seems they are now turning their attention to strengthening their squad in the summer.

Real Madrid secured a 3-1 win in the first-leg of their Champions League quarter-final tie on Tuesday, handing Jurgen Klopp a huge setback in his pursuit to reclaim the trophy he won back in 2019.

And with Manchester City on the brink of winning the Premier League, Klopp's side are likely to finish the season without a trophy unless they can mount a remarkable European comeback.

Injuries have played their part but the Reds are no doubt desperate to bolster their ranks in the summer, while there could also be several big-names leaving Anfield too.

So, without further ado, here's the latest Liverpool rumours...

Wijnaldum is set to leave Anfield when his contract expires at the end of the season, with Barcelona his likely destination.

And the Reds have already begun their search for his replacement, according to reports in Italy.

Gazetta dello Sport have claimed that Jurgen Klopp's side are the latest team to show an interest in Dutch teenager Ryan Gravenberch.

It emerged on Thursday that Chelsea were eyeing the 18-year-old midfielder and now Liverpool and Manchester City have joined the race to sign the Ajax ace, who is valued at €35m.

Gravenberch already has three caps for the Netherlands and has earned rave reviews for his performances in the Dutch top-flight.

Ousmane Dembele has been tipped to make it at Liverpool amid a potential summer reshuffle in the Reds attack.

The Barcelona star has been hampered by injuries since his move to the Nou Camp and faces a big decision that could see him seek pastures new.

Dembele's contract is winding down and John Barnes believes the Frenchman is a perfect fit for Liverpool.

Klopp has regularly turned to his three-pronged attack of Mohamed Salah, Sadio Mane and Roberto Firmino - but the trio have struggled to replicate their stunning form.

"One player that I think could make it at Liverpool is Ousmane Dembele," Barnes told BonusCodeBets

"He would fit right into the front three because his directness is perfect for Liverpool’s way of playing.

"Of all the players linked with Liverpool, he is a player that fans should be excited about. If he wants to continue playing at the biggest clubs like Barcelona then Liverpool is the right club for him."

Takumi Minamino has admitted he didn't expect to leave Liverpool in the January window - but is relishing the chance to play regular Premier League football.

The Japanese star was allowed to leave Anfield to join Southampton on loan and he has scored two goals in six appearances at St Mary's.

Despite enduring an underwhelming period with the Saints, Minamino doesn't regret the move - and he told Southampton’s official website : "It was the last day [of the transfer window], after training – around five o’clock, I think. Some guys called me, and it just happened.

“I didn’t expect it at all, so I was probably the most surprised of anyone when I got the call.

“It was a good feeling. For me it was a good opportunity, and I was getting a positive feeling. I wanted to take this chance, and I came here.”

He added: “For a football player, playing is the most important thing.

“Playing more is helping me to get more confidence back as a player. I want to play more; the more I am helping the team and contributing to wins, the more my confidence will grow.

“I only have a few months left to help the team but I want to work hard and use my full abilities to make sure the team do well and climb up the league as much as possible.