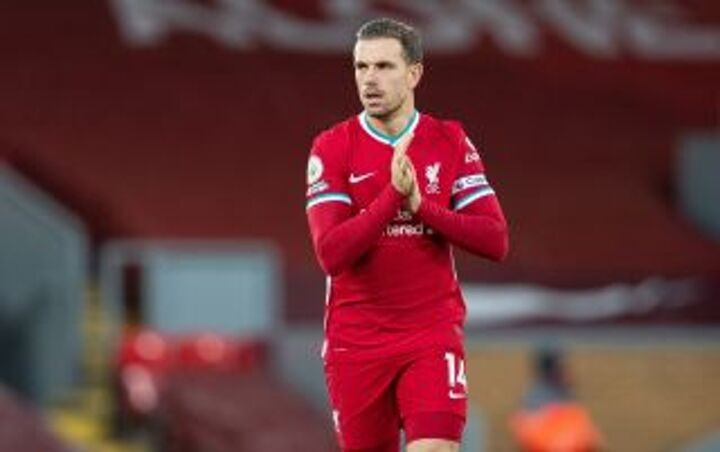 Jordan Henderson looks set to remain at Liverpool, following reports that the captain could leave the club this summer.

It had been reported that the Reds would consider selling Henderson in order to avoid a repeat of the Georginio Wijnaldum situation - the Dutchman left on a free after his contract expired - but, according to Eurosport's Dean Jones (via talkSPORT), the 31-year-old is staying put at Anfield.

Truth be told, Liverpool would have been crazy to even contemplate letting Henderson go; he's been an integral cog in Jurgen Klopp's side's recent success, helping to tie together their Premier League and Champions League-winning midfield.

The Reds will be even more determined to regain the title next season after the disappointingly finishing 17 points behind Manchester City in an injury-afflicted 2020/21 campaign - and Henderson will no doubt play a crucial role in any challenge.

That's not to say that Klopp won't want to make additions in the middle of the park, though, and Diario Sport (via talkSPORT) are reporting that Liverpool have made a €40million (£34.3m) for Spain international Saul Niguez, currently of La Liga champions Atletico Madrid.

Still, they were always bound to do business in that department following the loss of Wijnaldum - another vital cog - and any question marks over Henderson's should be struck through.

Subscribe to FourFourTwo today and get a free England Euro 96 shirt!

TRANSFER WINDOW All the key dates this summer

OLYMPICS 20 men's players to keep an eye on in Tokyo