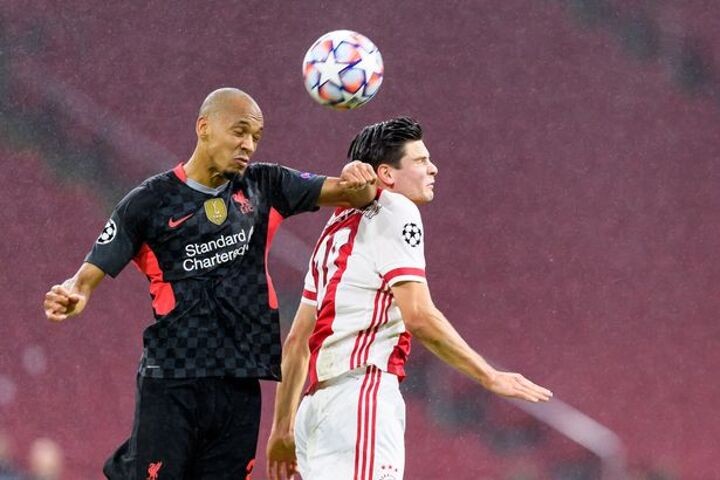 Liverpool started their Champions League campaign with a victory over Ajax with Fabinho flourishing at centre-back in place of the injured Virgil van Dijk.

The Brazilian has commanded great praise for his performances so far this season, especially at centre-back against Chelsea and now the 1-0 win at Ajax.

After a defeat and a draw in their last two matches, Liverpool will look to right the ship against Sheffield United on Sunday. Meanwhile, plans behind the scenes continue as Jurgen Klopp looks to assemble a squad capable of defending their Premier League crown.

Liverpool may also be forced into the transfer market as a result of van Dijk’s long-term knee injury. They currently have two fit senior centre-halves in Joe Gomez and Joel Matip and Fabinho playing out of position. Could they look to add another in January?

Per ESPN, Fabinho has become such a key player to the Liverpool system that the club is eager to extend his current contract, despite still having two years remaining on the four-year deal he signed when he made the switch from Monaco in 2018

The Brazilian has developed into one of the most formidable and dominant holding midfielders in Europe. Allied with his positional versatility, he has become critical to Jurgen Klopp’s system.

Since his 2018 transfer, he has won the Champions League, Premier League, and made 85 appearances in all competitions.

Juventus will not pursue Adama Traore

Amid reported interest from Liverpool, Manchester United, and Barcelona, Juventus are said to be unwilling to firm up their apparent interest in Wolves winger, Adama Traore.

According to Calciomercato via Sports Mole, Juventus have monitored Traore for some time, but will not be making an offer for the flying Spanish international.

Liverpool have long been linked with a move for Traore, but instead signed his teammate in the summer, Diogo Jota. Jota, 23, offers depth and versatility behind the front three of Sadio Mane, Mohamed Salah, and Roberto Firmino.

Nevertheless, should one of Liverpool’s crowning trio depart next summer, more investment at the position could be required. Juventus backing out of a deal for Traore could open the door for him to join his former teammate at Anfield.

Following the news of van Dijk’s long-term absence, Liverpool have been linked with moves for several centre-backs as they look to bolster their defensive options, including Brighton ’s Ben White.

Another name that has been mentioned as a potential target is Schalke’s Ozan Kabak, who was heavily linked with a move to Anfield in the summer before Liverpool chose not to sign him.

Per The Athletic’s James Pearce, in an interview with Norwegian sports outlet TV2 Sports via Tribuna, Kazan could be an option the club explores in January, as well as White.

“There is a player [Ben White] who has been frequently mentioned at Anfield, and he did very well on loan to Leeds last year, so he is another option,” said Pearce. “Ozan Kabak is probably another player they are looking at and another good alternative.”

And now, a report from Sport Media Set via Sports Mole claims that Schalke would be willing to drop their price to €30 million. Previously, it was reported that it would take a bid closer to £40 million to prise him away.