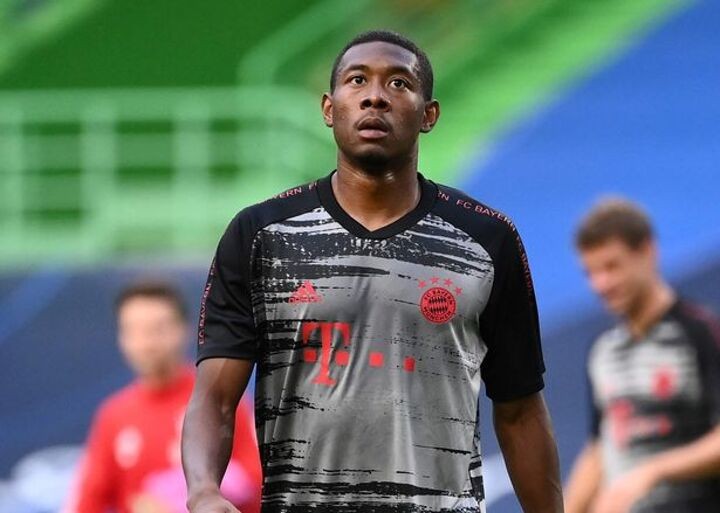 Liverpool's 3-2 defeat by Manchester United on Sunday reaffirmed the club's need to recruit a centre-back before the end of the January transfer window.

Youngster Rhys Williams struggled against the experience of Edinson Cavani and the technical brilliance of Marcus Rashford, while Fabinho's ongoing stint in defence has hurt the Reds' midfield.

As such, it is no surprise that Jurgen Klopp is reportedly still keen on Bayern Munich star David Alaba. The versatile Austrian is able of playing a number of roles and has excelled at left-back and centre-back in recent seasons.

Liverpool are also believed to have made contact with a former Arsenal defender as they aim to plug the hole in their backline.

Liverpool boss Jurgen Klopp continues to covet David Alaba and has urged Anfield chiefs to keep pace in the race for the Bayern Munich star, according to reports from Spain, per Sports Mole .

Alaba, 28, is believed to be close to signing a pre-contract with Real Madrid ahead of a move to the Santiago Bernabeu as a free agent this summer.

But Klopp remains a huge admirer of the Austria international, who played a key role as Bayern won the continental treble last season.

Liverpool have been hit hard by injuries to their defenders this season and would welcome a player such as Alaba who is capable of playing in a number of defensive and midfield roles.

Paris Saint-Germain forward Kylian Mbappe has not ruled out leaving Parc des Princes and is keen to play for Liverpool one day, reports ESPN .

Mbappe, 22, has entered the last 18 months of his deal with PSG and is yet to agree to an extension with the Ligue 1 champions.

The Frenchman has long been linked with a move to Liverpool, but the Premier League champions are not believed to have the financial power to table a bid at present.

Liverpool have been in touch with Sokratis Papastathopoulos with a view to bolstering their depleted defence, reports The Athletic .

But while Liverpool have made contact with Sokratis, the Greek international is expected to sign a contract with Olympiacos in his homeland.